Here’s a shocking piece of news: two high-profile men have been clashing publicly, and one of their wives is being held responsible for (*checks notes*) not stopping it. Sounds about right! When Prince William made his now-infamous comments to Prince Harry warning him to take things slow with new girlfriend Meghan Markle, he set off a years-long rumored feud with his younger brother, who bristled at William not seeing what he did in the Suits star. Now an ocean apart, the brothers are in some ways farther than ever from the close bond that they once shared. But why blame sibling rivalry or the simple passage of time for their distance when you could blame Kate Middleton, right? At least that’s the approach some critics are having — who, despite Kate’s unimaginably graceful tenure as a royal, feel the Duchess of Cambridge hasn’t quite extended herself far enough in the name of family.

Related story Prince Harry Said He Wouldn't Have Given Up Diana's Ring to William For 'Any Other Girl' But Kate Middleton
'Finding Freedom' on Amazon $17.51 on Amazon.com Buy now Sign Up

In other words, Kate Middleton is being held responsible for not having stopped the feud between her husband and his brother. And I don’t care how famous your family is: that simply isn’t Kate Middleton’s job.

The topic of William and Harry’s long-discussed feud comes up again in royal reporters Omid Scobie and Carolyn Durant’s new royal biography Finding Freedom. “A lot of damage has been done,” Scobie tells People of the feud between the Cambridge and Sussex couples. And further details in the book suggest many looked to Kate for a solution, and were disappointed not to find one.

“Though it was not necessarily her responsibility, Kate did little to bridge the divide,” the book states, adding that while Kate and Meghan were “not at war with each other,” their relationship was best described as “awkward.”

And can I just say — bravo to Kate on that. When you’re meeting a new sister-in-law, let alone under the enormous pressure and enhanced media scrutiny her presence brings, I think emerging with an “awkward” but genial friendship is a home run. Delighted to have two women to compare to one another, the media immediately blasted both women for their failure to become best friends. But Kate being friends with Meghan wasn’t just an unfair expectation — it would have done nothing to resolve the brothers’ feud.

In the end, Harry was reportedly hurt because William seemed to disapprove of his choice of wife. And everyone knows the rule of in-laws: whoever’s family is involved, that’s who should be doing the talking. It seems that if William had taken a more active interest in a relationship with Meghan, that might have made all the difference to Harry. But instead, the public piled on Kate for not doing what women are supposed to do — smooth out conflict, play well with others, and clean up after boys’ messes.

I hope Kate never has to talk to Meghan again if she doesn’t want to — and I love Meghan Markle! I just feel for this woman, whose relationship to her in-laws has been made a matter of public opinion, and who has shown such warmth and poise despite it. Just put William and Harry in family therapy and leave Kate alone.

Click here to see all of the best photos of Kate Middleton & the royal family. 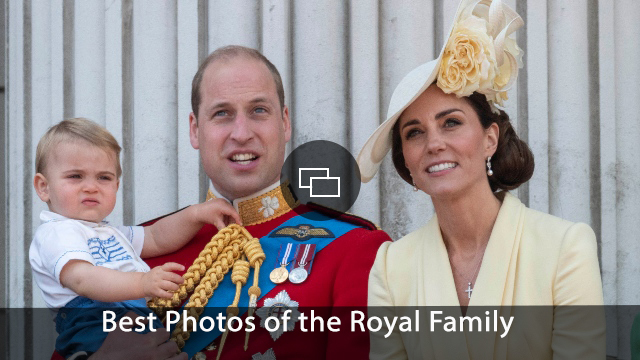