Jessica Simpson decided long ago that her history of childhood sexual abuse wasn’t going to define her — not to her family, not to herself, and not to anybody else. Of course, that’s much easier said than done, and the star took another huge step this year when she released Open Book , a tell-all memoir that publicly detailed her abusive experiences and subsequent struggles with addiction for the very first time. Now, Simpson is pulling back the curtain on a yet-uncovered portion of that story: the time she went back to her hometown and confronted the woman who sexually abused her as a child face to face. Already impressed with her bravery? Keep reading, because Simpson is unstoppable.

Related story Jessica Simpson Speaks Out About Childhood Sexual Abuse for the First Time: 'I Was the Victim But Somehow I Felt in the Wrong'
'Open Book' by Jessica Simpson $17.74 on Amazon.com Buy now Sign Up

The 40-year-old singer opened up to Katherine Schwarzenegger on her Gift of Forgiveness podcast about the choice to go back and confront the family friend who had abused her as a young kid. Simpson wanted to let her abuser know two things: that she wasn’t going to live in denial, and that she knew the abuser had been abused as well.

I’m pretty sure this is my kiddo 😉 #ACEKNUTE

“I would say about eight years ago I confronted her,” Simpson told Schwarzenegger. “I went to her and I just said, ‘I know you know what was going on and I know that you were being abused,’ ‘cause she was being abused by an older guy…he was always there at the house as well — he never touched me, but he would abuse her and then she would come to me and do the stuff to me. And so in so many ways I felt bad for her and I was allowing the abuse to happen.”

Empathizing with her abuser’s abusive experiences is already stunningly compassionate, but Simpson went even further, urging the woman to seek the same kind of treatment that she herself had found helpful, and — most shockingly of all — offering her forgiveness.

Click here to see celebrities who are sharing their own #WhyIDidn’tReport stories. 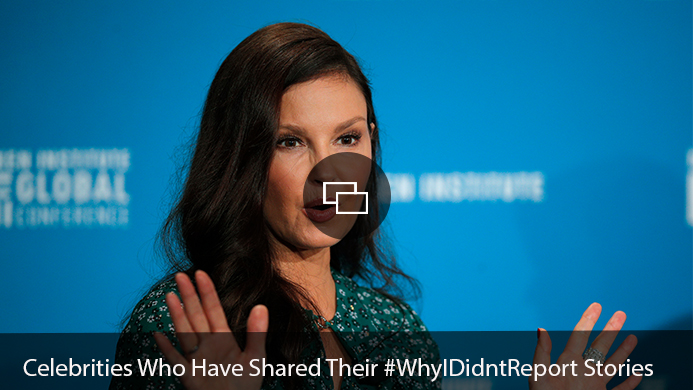