Katy Perry has given us the blessing of being 200% honest about her pregnancy experience so far — the good, the bad, and the ugly. And while the star has admitted that she has more than a little anxiety about being pregnant with fiancé Orlando Bloom’s baby in the midst of a pandemic, it seems the singer has found peace doing what she loves best. Perry’s been on the move promoting upcoming album Smile, sharing baby bump shots and giving interviews about the songwriting process. And it turns out that getting back to her whirlwind work schedule was just what the mama-to-be needed to feel more empowered in her newly pregnant body.

During SiriusXM’s Celebrity Session with Katy Perry, the singer opened up about how her pregnancy had inspired new confidence and awe at what her body could do, and how she’s going to try to pass that message along to her unborn daughter.

“I feel very empowered creating a life and being a working woman whilst doing that,” Perry told listeners. “I mean…can you create limbs while promoting a record? I feel good, I feel like I have a lot of energy, I feel really blessed with my body and I have so much love for what I do.”

It’s this very feeling that’s wrapped up in one of Smile‘s tracks called “What Makes a Woman” — a song Perry says is “secretly” dedicated to her daughter.

“The last song on my record coming out August 28th, is a song called ‘What Makes a Woman’…it’s a song about how you are going to have a tough time measuring what truly makes a woman, because women are so many things” Perry explained. “Such chameleons, and so adaptable, and so malleable and transformative and can handle the weight of the world on their backs and do it all in heels and make it look pretty effortless sometimes.”

Amen to that! While everyone should expect to have a unique pregnancy experience, we’re so glad Perry found a balance that works for her — and discovered that much more appreciation for the power of women while doing it.

Click here to find out which crazy foods Katy Perry & other pregnant celebs have been craving. 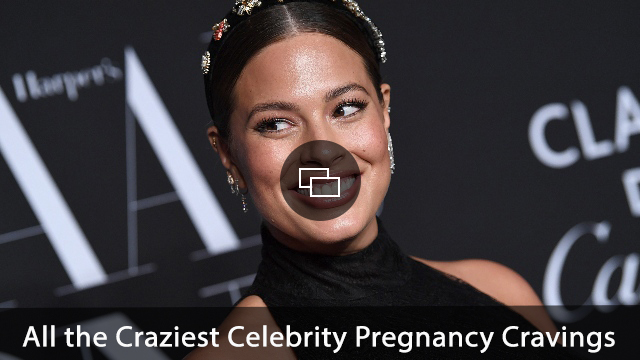