Will and Jada Pinkett Smith may go down as one of the most fascinating Hollywood couples of all time. Just when you think you know everything about them, down to their four-year-old entanglements, you’re hit with another bombshell like this. When the Smiths were running a pre-K to sixth-grade school called New Village Leadership Academy, the curriculum was reportedly based on Scientology teaching methods like study technology, former staff now allege. Many of the teachers themselves were Scientologists, and posters of Scientology founder L. Ron Hubbard lined the walls, they say. Will and Jada both have repeatedly publicly denied that their school was affiliated with Scientology, but these new reports suggest the two organizations were definitely linked.

Four former staff members from New Village Leadership Academy spoke to The Daily Beast about their experience there, detailing how the Smiths would require them to learn and use Scientology methods without ever really mentioning it by name. Jacqueline Olivier, who they hired to help found and run the school, was asked to take classes at Scientology’s Celebrity Centre and affiliate organization Applied Scholastics to learn study technology, a learning method developed by L. Ron Hubbard.

“There were pictures of L. Ron Hubbard on the walls,” Olivier adds of the school. “And in the study technology book, there was a picture of [Hubbard] and a whole mini-biography of his life, and that was the first thing [kids] had to word clear — before anything. I mean, it was total Scientology. There’s no question.”

Curious what “word clearing” is? It’s yet another Scientology practice wherein each yawn — from children aged pre-K to sixth grade, as a reminder — is interpreted as a misunderstood word, after which an arduous process of looking up words in the dictionary and tracing their definitions takes place.”

“There was instant clashing, because you can’t use study technology with kids. We had about 65 kids there [at New Village Leadership Academy], and every time a kid yawned they said it was a ‘misunderstood word,'” Olivier recounted. “One kid came to me and she’d found this article about cats yawning, and she said, ‘Yawning is involuntary! It doesn’t mean we have a misunderstood word.’ I was like, yeah. And that was considered heresy, agreeing with her.”

These kids are refusing to follow social distancing protocols!! 🙂

In addition to the Scientologist teachings reported by Olivier and others, The Daily Beast found that the Smiths gave $122,500 to different Scientologist groups in 2008, further suggesting that the couple is affiliated with the Church of Scientology. While the school ultimately shut down in 2013 for financial reasons, former staff still wistfully remember the vision they initially had for the school — which they thought the Smiths shared.

“The founders were very open to people being there on scholarship, the teachers were paid really well,” says former teacher Queenie Johnson, remarking on the school’s stated intention of helping underprivileged Black kids get access to better education. “What was there that is overlooked is it was an environment for Black children to feel comfortable with themselves.”

It’s certainly a noble goal — and we’re totally mystified at how Scientology came to play such a large role. Will, Jada: maybe time for another Red Table Talk?

Click here to see celebrities who have left the Church of Scientology. 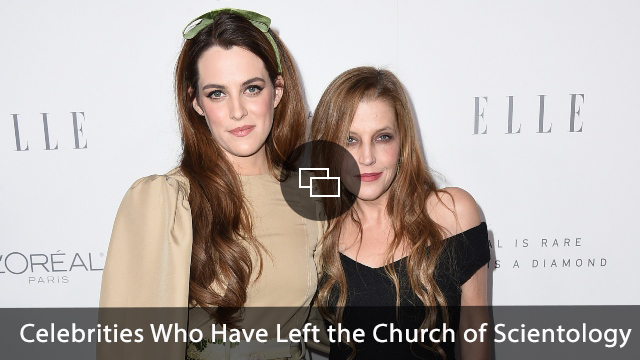