If you’ve been harboring the illusion that Jennifer Lopez is good at everything, well, think again — the World of Dance judge just revealed that she once got fired from a job in retail. Yes, someone fired J.Lo, and we’re sure that decision will haunt them until their dying day. But the reason why Lopez was so bad at her retail job (and was ultimately fired from it) is an interesting combination of valid, hilarious and wildly likable.

On the episode of World of Dance that aired Tuesday, the judges decided to reminisce about what sort of employment they held before they hit it big. Among Lopez’s pre-fame jobs? The classic teen choice of a retail gig. “I worked in a jeans store when I was a teenager before I started working in the business,” she said, adding, “and I got fired.” So, now you’re clearly wondering why in the world anyone would fire Lopez, right? Well, she may or may not have been a little… distracted.

When asked why she got the proverbial ax, Lopez admitted, “I just would dance down the aisles too much to the music.” And c’mon, let’s face it: That tracks. It also makes us love Lopez even more, which we assumed wasn’t possible.

It goes without saying that Lopez’s termination as a retail employee ultimately ended up paying off — in fact, she kicked off her entertainment career as a backup-dancer. The jean store wasn’t Lopez’s only pre-fame job, though. Last year, she told Variety, “My first paycheck was probably when I was 10 years old. I used to sweep the hair at a beauty salon and clean the sinks. I just wanted my $10, to go do whatever I wanted with. And it was such a great feeling.” So, despite her failings as a retail employee, Lopez did hustle. “I had to work extra hard,” she told People in 2018. “I wasn’t in show business. I didn’t live in L.A. I didn’t have any connections. I was just a dancer from New York, and I was trying to make it.”

And speaking of multi-hyphenates, Lopez’s fellow World of Dance judge Ne-Yo revealed he also did not fare too well in the work world prior to becoming a successful singer-slash-producer. “I’ve worked every fast food job imaginable,” he admitted. “McDonald’s, Burger King, Pizza Hut, Taco Bell, all of them. And none for longer than two weeks.”

Before you go, click here to see which other celebrities have been fired. 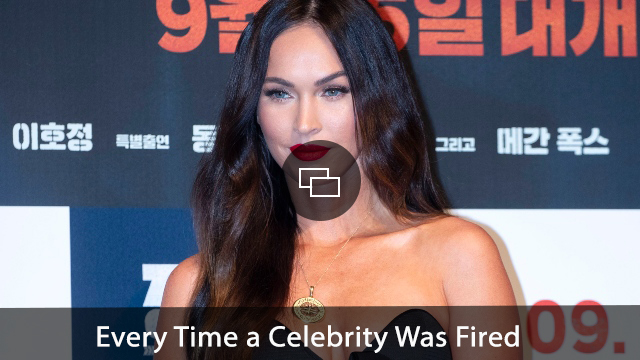