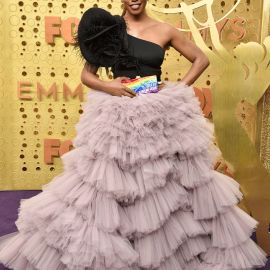 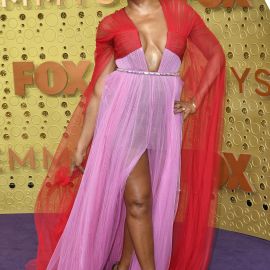 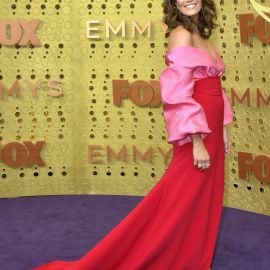 The Most Powerful, Beautiful and Well-Dressed Women at the Emmys 2019 31 Images

I’ll start this off on the right foot: a well-deserved round of congratulations for Jennifer Aniston, who has just snagged her very first Emmy nomination for Lead Actress in a Drama Series. Aniston was nominated for her role in The Morning Show, where she plays a Diane Sawyer-esque news anchor named Alex Levy. When her co-anchor Mitch (Steve Carell, also nominated) is fired for sexual misconduct, Alex is paired with passionate maverick Bradley Jackson, played magnificently by Reese Witherspoon. The catch? Witherspoon, who in so many ways brought this world to life, wasn’t nominated alongside her co-stars. And I’m having a hard time wrapping my head around this shocking 2020 Emmys snub.

Both Aniston and Witherspoon had star turns on the Apple TV+ series The Morning Show, with each of their characters treading a complicated moral line as they weigh their ambitions against their values. In the world of the show, Alex is struggling to hold on to her relevance and Bradley’s addition is her chance to re-invigorate her career — even if she hates needing the help. In some ways, their characters’ relationship mirrors what each actress brings to the show.

i suppose i am using these pictures of reese witherspoon with her oscar as comfort in a time like this pic.twitter.com/ZUMEh4OAec

While real-life Aniston needs no help in the relevance department, she was at her most authentic when responding to Witherspoon’s Bradley, whose constant tendency to throw a wrench in the works had Alex fuming. It may be Aniston’s monologue we all remember from the show — but it was Witherspoon’s energy that kept the show moving and shook the world of morning news out of its complacency. In lesser hands than Witherspoon’s, a character like Bradley Jackson might have seemed completely unbelievable, even ridiculous. But our wide-eyed, mile-a-minute, take-no-prisoners Reese Witherspoon got the job done with flying colors.

How Reese Witherspoon in 3 different shows this year and got Emmy snubbed from all of them pic.twitter.com/o7KGCWAITU

Finally, fans on Twitter are taking note that Witherspoon wasn’t just snubbed for The Morning Show, but Little Fires Everywhere and Big Little Lies too — and there’s a mild suspicion of anti-Witherspoon energy among the Emmys voting board. We’re not at conspiracy theory level yet. But a few more Witherspoon snubs, and we just might get there.

Click here to see the fabulous 2019 Emmys looks we couldn’t get enough of.