Britney Spears’ brother Bryan opened up in rare form to Drew Plotkin on his podcast As NOT Seen on TV and gave never-before-heard insight into his sister’s life — speaking about her conservatorship and ongoing court case in an exclusive interview Thursday. And all the unanswered questions have led fans to believe the 38-year-old pop star has been trapped in an abusive conservatorship.

“She’s been in this thing for quite some time now,” Bryan said of his sister’s conservatorship which was first placed in 2008 after a series of public breakdowns naming her father and attorney Andrew Wallet conservator of her affairs. “Now they’ve made some changes and all we can do is hope for the best,” Bryan said, noting that the conservatorship has “been a great thing for our family, to this point, and [we] keep hoping for the best.”

Britney fans have never been okay with the conservatorship and have believed since it’s implementation, that her family has been trying to control and manipulate her fueling the #FreeBritney conspiracy theory on TikTok and other social media platforms like Facebook, Reddit, Twitter, and Youtube — as of July 22, more than 226,000 fans have signed a petition arguing against the conservatorship.

And Spears’ brother acknowledged fans adding: “I am aware that [fans] feel like maybe she’s being confined or held against her will in some capacity, but… [the conservatorship] has been a great thing for our family, to this point, and [we] keep hoping for the best.”

This is what happens when your third eye opens …. you connect to a higher source of light and energy ✨👁☀️ !!!!

In May, the conservatorship was extended until August, a decision the family stands by. “She’s always wanted to get out of it,” Britney’s brother Bryan said on the podcast and went into detail about his concerns about her living on her own. “I know what she wants but at the end of the day, what is the reality of that? What is the practicality of that? So are you going to call and make reservations for yourself today?” he asked.

The family seems to doubt that Britney can handle everyday life on her own without the help of others. “Let’s say it does get let go and she’s on her own — everyday task stuff is probably… it’s a great challenge. Like driving. She’s the worst driver in the world — I’m not lying. I mean bless her heart, she really is not a really good driver and she hasn’t had to do that,” Bryan said. But there is a difference between needing an assistant and someone not being able to legally handle their own affairs.

The conservatorship is set to end August 22 but it is possible it will be extended yet again.

Before you go, click here to find out more about other celebrity lawsuits. 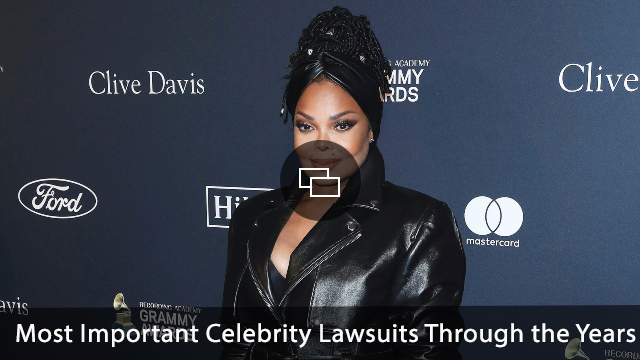