David Beckham is like a fine wine who just keeps getting better with age. The father-of-four is on holiday off the Italian coast with wife Victoria Beckham, newly engaged son Brooklyn and his fiance Nicola Peltz — as well as Romeo, 17, Cruz, 15, and their daughter Harper who just turned nine.

The family reportedly left their home in the Cotswolds last week and took off for the Italian coast last week and have been staying at a private farmhouse in Borgo Egnazia, Puglia which is an exclusive castle-like village featuring a golf course, two beach clubs, and a luxury spa.

Taking to Instagram Thursday, the former professional footballer shared a photo of himself and son Brooklyn modeling his new sunglasses wear captioning, “The boys in Italy 🇮🇹.” And it’s clear the apple doesn’t fall far from the tree. “Perfect – like father like son,” one fan commented.

And this is the first time we’ve seen Brooklyn and newly announced fiancée Nicola since announcing their engagement having said he found his soulmate.

“Two weeks ago I asked my soulmate to marry me and she said yes xx I am the luckiest man in the world. I promise to be the best husband and the best daddy one day ❤️ I love you baby xx,” Beckham captioned the adorable photo of the couple. And Nicola was quick to comment, “I can’t wait to spend the rest of my life by your side. I love you so much, baby.”

And the two have reportedly been eyeing Borgo Egnazia as a possible wedding venue which would make sense they’d want to have a walkthrough before any plans are finalized. According to an insider, Victoria was overheard telling the bride-to-be: “It’s your day, we want to make it special… so whatever you want.”

Before you go, click here for insider details about family man David Beckham. 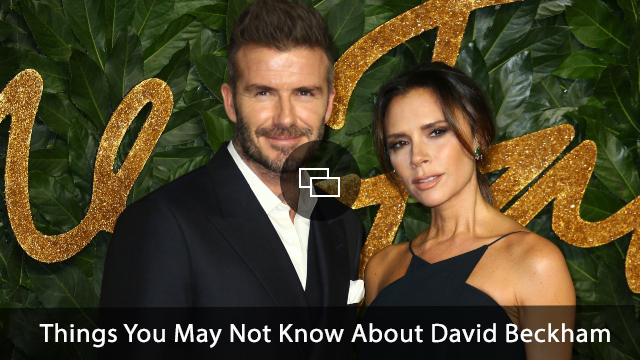