In a particularly dark new development, Amber Heard gave harrowing testimony to the British High Court on Monday detailing ex-husband Johnny Depp’s alleged abuse. In addition to describing specific incidents, including a “three-day hostage situation” while Depp was filming Pirates of the Caribbean, Heard told the court that Depp threatened to kill her “many times” — and that she routinely feared for her life.

The Aquaman star’s testimony is part of Depp’s libel trial against The Sun and its publisher over allegations of domestic violence. Already, Heard has addressed various claims made by Depp about her during his own testimony, which took place over five days last week. Heard’s testimony, which is expected to last three days, refutes Depp’s “nonsensical accusations” about her, including depictions of drug abuse and “strange, paranoid hallucinations.”

According to Heard, it was Depp’s substance abuse and psychological issues at the root of many of the former couple’s volatile encounters. “Some incidents were so severe that I was afraid he was going to kill me, either intentionally, or just by losing control and going too far,” her witness statement said, adding, “He explicitly threatened to kill me many times, especially later in our relationship.”

One incident at a Tokyo Hotel in 2015 led to “Johnny kneeling on my back and hitting me on the back of the head,” Heard said. She also gave disturbing details about an alleged incident that took place while Depp was filming Pirates of the Caribbean. “The best way I can describe what happened in Australia is that it was like a three-day hostage situation. We were due to be there for three days on our own, but it was only when I arrived that I realized I was trapped in this remote place without any means to leave and that Johnny had already been using and had a bag of drugs.”

She continued, “Over the course of those three days, there were extreme acts of psychological, physical, emotional, and other forms of violence. It is the worst thing I have ever been through. It was left with an injured lip and nose and cuts on my arms.” At one point, said Heard, Depp “pulled me around by my neck and pushed me down against the bar, I was against the bar, naked, bent over backward, my back against the marble.” Heard claims she told Depp repeatedly that she couldn’t breathe and, at that moment, remembers thinking he “was going to kill me.”

Heard said she also found the nightgown she had been wearing wrapped around the steak she’d planned to cook that night. “He had ripped the gown into pieces and put raw meat in it. He had also gone around and painted on all my clothes in the closet,” she said. “He had taken a lot of them and put them in the tub and smeared paint on them. And he had hidden more bits of raw meat in places, like in the bedroom closet. It was really messed up.”

Heard also spoke of insidious behavior centered on control. She claimed Depp constantly accused her of sleeping with her co-stars, all of whom he made up derogatory nicknames for — Channing Tatum was “potato-head.”

“His rules got tighter every year we were together about what nudity or scenes were acceptable, wanting descriptions of every detail, every aspect of scenes and how they were covered, placing increasing restrictions on what I could and couldn’t do,” said Heard, noting that she ultimately stopping wearing revealing dresses to minimize the “verbal and psychological abuse.”

According to Heard, Depp made it clear that he wouldn’t make it easy for her to leave the relationship. She told the court, “When Johnny puts his attention on you, with all his intensity and darkness, it is unlike anything I’ve ever experienced. When I say he was dark, he had a violent and dark way of speaking: the way he talked about our relationship being ‘dead or alive’ and telling me that death was the only way out of the relationship.”

Depp continues to deny all allegations of abuse against him.

Before you go, click here to see other important celebrity lawsuits. 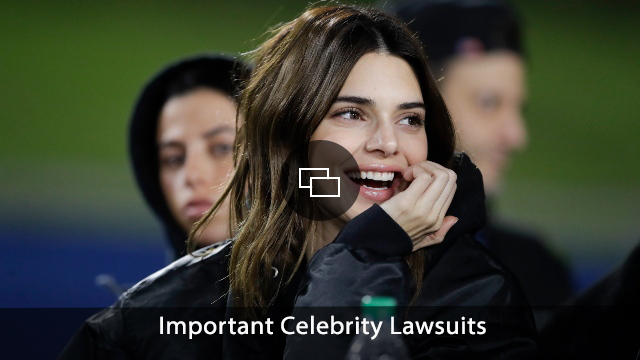