For all my TV junkies out there, we know there’s a dark time coming — the time when everything filmed in The Before runs out, the last of the virtual Housewives reunions have aired, and we’re left with…nothing. Nothing!!! So, while I know we all have streaming service fatigue, you’ll need to start diversifying where you watch ASAP to get your new content fix, and Peacock is making a strong case for signing up with original series Brave New World. Based on the classic dystopian novel by Aldous Huxley, the show features stars like Alden Ehrenreich and Demi Moore. As a Westworld fan, this sci-fi drama has been on my radar for months, and the two shows have even more in common than I expected. If you’re looking for a Westworld fix, you’re pretty much guaranteed to love Brave New World.

Winter is coming, my HBO-loving friends. With Brave New World, you can put it off a little longer. Here’s how it’s following in Westworld‘s footsteps.

They Both Take Place in Technology-Controlled Dystopian Futures

In Season 3 of Westworld, we learn that this world’s technology controls more than the Delos theme parks — it’s infiltrated the whole outside world. Rehoboam, the computer system regulating everything from people’s “social credit” to the weather each day, doesn’t just affect daily life, it runs the show.

And things are no different in the world of Brave New World. Huxley’s vision in his novel was largely based on a fear of a world in which we’re overrun and numbed to life by technology (oops), and the show definitely honors that vision. The world of New London, where the wealthy elites of Brave New World live, taking pacifying drugs called soma to avoid any feelings of discontent, is strikingly similar to the world Dolores infiltrates in Westworld.

They Both Separate Their Worlds Into Different Spheres for Different People

As we know, the high life isn’t all that exists in the world outside of the Delos parks. Caleb shows us what it’s like to live as someone who’s not part of the wealthy few, and it’s a lot less glamorous than his high-rolling peers. With PTSD from past service and family medical bills he can’t pay, Caleb is the underside of the glittering new world — and has his mirror in Brave New World‘s John.

John (Alden Ehrenreich) lives among those referred to as “Savages” with his mom, in an environment that’s a far cry from the sleek, high-tech New London world to which we’re first introduced. Both dystopian stories play with this same stark societal divide: but while Westworld slowly builds to it, Brave New World starts with it as the premise.

They Both Feature a Human Theme Park for Tourists

In one of the most strikingly similar features, there are dystopian theme parks in both of these shows. While Westworld‘s Delos parks feature programmed “hosts” who act out their human visitors’ fantasies, Brave New World‘s theme parks are a cautionary tale, not a good time. The Savages’ lives are the theme park itself, as inhabitants of elite World State visit to gawk and giggle at how passé and hard their lives are. As you can probably guess, this similarity between the shows quickly leads to another…

They Both Show an Oppressed Class Rising Up

…and that’s the uprising of those used as entertainments in these so-called theme parks. Westworld‘s second season shows the hosts breaking free of their programmers and taking over their destinies, and a group of Savages are already launching a similar plot in Brave New World from the start. The moral here? If you try to use people’s lives as an immersive entertainment experience, expect trouble. Which is kind of the point Huxley was making with Brave New World anyway.

They Both Involve HBO-Level Sex & Nudity

Finally, it has to be said: both these shows have some of the most graphic, out-there sex scenes on the air. It’s pretty much par for the course when it comes to HBO, but it’s more than straight-up nudity. Both Westworld and Brave New World‘s high societies take a hedonistic approach to nightlife and sex (monogamy is outlawed in New London, among other things), unsurprising given how much both societies are based on the idea of a population subsumed by a constant need for pleasure. They’re pacified by day and electrified by night, feeding themselves with technology, sex, and drugs as needed. And Brave New World doesn’t just show you this world: it fully immerses you. 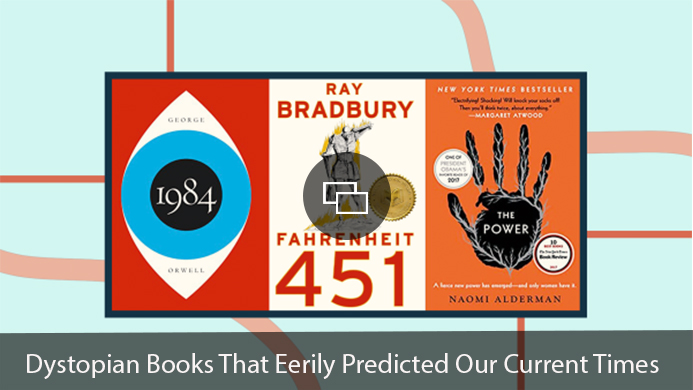