It’s an incredibly sad day for Lisa Marie Presley and her family: Her son, Benjamin Keough, has died at the age of 27, Presley’s rep confirmed to People.

In a statement, Presley’s rep said the star “is completely heartbroken, inconsolable and beyond devastated but trying to stay strong for her 11-year-old twins and her oldest daughter Riley. She adored that boy. He was the love of her life.”

According to TMZ, Keough apparently died by suicide on Sunday, July 12, although the cause of death has not been publicly confirmed. He was in Calabasas, California, at the time of his death, which is home to plenty of celebrities and their families. Big sister Riley Keough, who has acted in movies like The Lodge and Mad Max: Fury Road, has not commented publicly on her family’s loss, nor has Presley matriarch Priscilla.

Best known for his famous family and an uncanny resemblance to his grandfather, Elvis Presley, Keough was a relatively private person and rarely appeared on his mom or sister’s social media feeds. Last June, his mom posted a rare family snapshot with Riley, Benjamin, and twins Finley and Harper Lockwood whom she shares with ex-husband Michael Lockwood. Fans immediately spotted the resemblance in the photo, which Presley had captioned, “Mama Lion with cubs.”

“It’s so surreal how much your son looks like your dad!” one fan wrote. It’s not the first time Presley has heard how strong the family genes are, either. Per TMZ, she previously said that “Ben does look so much like Elvis,” and recounted an experience at Nashville’s famed Grand Ole Opry: “He was at the Opry and was the quiet storm behind the stage. Everybody turned around and looked when he was over there. Everybody was grabbing him for a photo because it is just uncanny.”

Fans are currently leaving their condolences on Presley’s photos, especially the ones featuring Keough, whom she named the 2012 album Storm & Grace after. 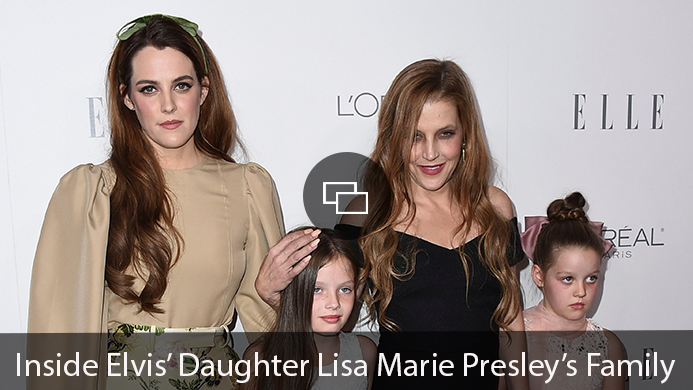