Jada Pinkett Smith admits she had an affair with singer August Alsina while she and Will Smith were still married — yet it was more than an affair, it was a relationship that developed while her marriage was on the rocks. And while reps for Pinkett-Smith previously denied any romantic involvement with Alsina, the rumors were true.

The 48-year-old actress decided to come clean on an episode of Red Table Talk, except this time, she was in the hot seat and husband Smith was asking the questions.

It’s a situation the couple felt was very private, but “the idea of not communicating, not talking about it, not clearing the air” Pinkett Smith said, is not a world she wants to live in. “And I’m here with you,” Smith responded.

“So what happened?” Smith asked his wife.

“Four and a half years ago… I started a friendship with August. We actually became really, really good friends. It all started with him just needing some help, me wanting to help his health, his mental state.”

“You and I were going through a very difficult time,” Pinkett Smith said to Smith of their marriage. And Smith nodded in agreement, sharing, “All marriages have that. And we decided that we were going to separate for a period of time… I really felt like at that point in time we could be over.”
“And then what did you do, Jada?” Smith asked.

“From there as time went on I got into a different kind of entanglement with August. One thing I want to clean up… about you giving ‘permission’ which is… the only person that can give permission in that circumstance is myself,” she said. “But what August was probably trying to communicate because I could see how he could see it as permission because we were separated amicably, and I think he wanted to make it clear he’s not a homewrecker because he’s not,” she continued.
“An entanglement?” Smith laughed as nudged his wife to explain more of what happened. “It was a relationship, absolutely.”

“Through that particular journey, I learned so much about myself,” Pinkett Smith said. “I was able to really confront a lot of emotional immaturity, emotional insecurity and I was really able to do some really deep healing. And as I came through and started to realize certain things about you and I, he [August] decided to break all communication with me which was totally understandable. And I let that be and hadn’t talked to him since so it is a little weird that all this stuff is coming out now since this was several [years ago].”

“I’m grateful for the journey you and I have had together,” Pinkett Smith shared. “One thing I’ll say about you and I, is that there have never been any secrets…any relationship, in trying to get to a deeper understanding of love is going to be forged in the fire.” Smith nodded in agreement.

“It’s not for the weak of heart. There are just certain things you have to go through,” Smith said. And it’s very clear the couple has turned a new leaf and are stronger than ever.

Before you go, click here to see which celebrity couples stayed together after an affair. 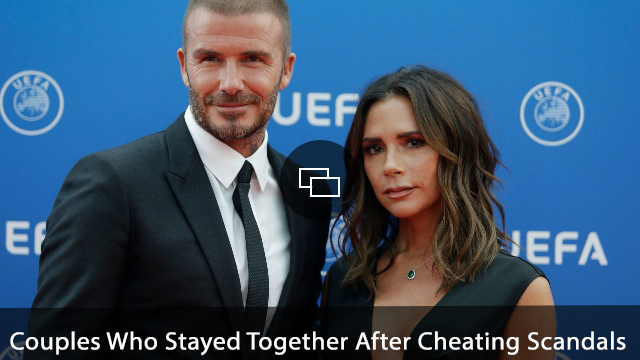