Over a year ago, Mandy Moore (along with multiple other women) accused her ex-husband Ryan Adams of emotional abuse. So, in light of the singer-songwriter having now penned an apology for his “harmful behavior,” Moore is once again opening up — this time to share some of her feelings surrounding Adams’ public mea culpa.

Adams’ letter ran in the Daily Mail on Friday, claiming that he had reflected on his past behavior and realized how wrong it had been. “Having truly realized the harm that I’ve caused, it wrecked me, and I’m still reeling from the ripples of devastating effects that my actions triggered,” he wrote. “There is no way to convince people that this time is truly different, but this is the albatross that I deserve to carry with me as a result of my actions.” Adams revealed that he has sought professional help in holding him accountable for his “harmful behavior.”

On Monday, Moore reacted to her ex-husband’s essay on NBC News’ Today, telling Hoda Kotb, “It’s challenging because I feel like in many ways I’ve said all I want to say about him and that situation, but I find it curious that someone would make a public apology but not do it privately.”

Mandy Moore talks about her ex-husband Ryan Adams’ public apology over the weekend regarding allegations of abuse. pic.twitter.com/MQ8j2nvY2L

She elaborated, “I am speaking for myself, but I have not heard from him, and I’m not looking for an apology necessarily, but I do find it curious that someone would do an interview about it without actually making amends privately.”

Last year, Moore was one of the multiple women who came forward with allegations against Adams. According to the This Is Us actress, his abusive behavior included being excessively controlling, obsessive and emotionally manipulative. “Music was a point of control for him,” she told the New York Times. “He would always tell me, ‘You’re not a real musician, because you don’t play an instrument.’”

Adams also reportedly discouraged Moore from working with other producers or managers so that he had complete control over her music career. He then used that leverage against her, often not recording the songs they wrote together or booking time in the studio with her only to re-book her spot with other female artists.

“His controlling behavior essentially did block my ability to make new connections in the industry during a very pivotal and potentially lucrative time — my entire mid-to-late 20s,” she said. The two were married for six years, ultimately divorcing in 2016. She has since gone on to make new music and remarry.

Click here to see some of Hollywood’s biggest lawsuits. 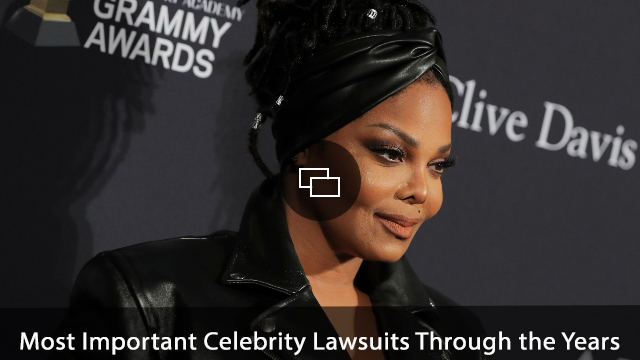