Alongside the July 4th fireworks last night, Kanye West made some noise of his own. In what we’re assuming (hoping?) was a publicity stunt, he announced his 2020 presidential campaign on Twitter and — no surprise here — sparked a lot of feelings in the Twitterverse. “We must now realize the promise of America by trusting God, unifying our vision and building our future. I am running for president of the United States,” the rapper wrote.

We must now realize the promise of America by trusting God, unifying our vision and building our future. I am running for president of the United States 🇺🇸! #2020VISION

Elon Musk was one of the first influential figures to back the Yeezy founder’s latest endeavor. “You have my full support!” the Tesla and SpaceX founder commented on the post. When commenting on her husband’s announcement, Kim Kardashian West took the ‘less is more’ approach and retweeted the news with no comment other than an American flag emoji.

You have my full support!

Many celebrities responded with their skepticism, too. After West’s announcement, Paris Hilton sarcastically tweeted: “Paris For President” with sparkle, American flag, a blonde princess emojis.

Full House alum Bob Saget jumped into the conversation, too: “Should I run for President too? I don’t much about anything…” he tweeted shortly after the news broke.

Should I run for President too? I don’t much about anything…

Former CNN political reporter Hunter Schwartz clarified on Twitter that, by jumping into the race last minute, West would no longer be eligible to be on the Independent ballot in Indiana, Maine, New Mexico, New York, North Carolina, and Texas. He followed up this Tweet with a screenshot proving that the musician’s name is not on file in the FEC (Federal Election Commission) database for the 2020 presidential candidacy. As of this writing, the only entry sharing the entrepreneur’s name in the database is a Green Party candidate filed under “Kanye Deez Nutz West” who has raised $0. So let’s be clear on that: West may say he’s running for president, but it doesn’t appear that he’s actually done anything to make that official.

As a longstanding supporter of Donald Trump throughout his presidency — and with Joe Biden taking a lead in recent polls — it is worth questioning whether this move was simply a way to garner attention. And despite his frequent statements about running for president over the years, another interesting theory proposed on Twitter is that this announcement alludes to an upcoming creative project. “Kanye West isn’t really gonna run for President, but his next album will be called Presidential Dropout,” David Gardner, a staff writer for Bleacher Report, commented.

Kanye West isn’t really gonna run for President, but his next album will be called Presidential Dropout

Possible presidential run aside, there’s no doubt that 2020 is shaping up to be an good year for the “Yeezus” artist. In June, Gap announced a 10-year partnership with Yeezy. And West officially attained billionaire status this year, which Forbes confirmed in April.

As the world watches this news unfold, check out more on the whole Kardashian family before you go. 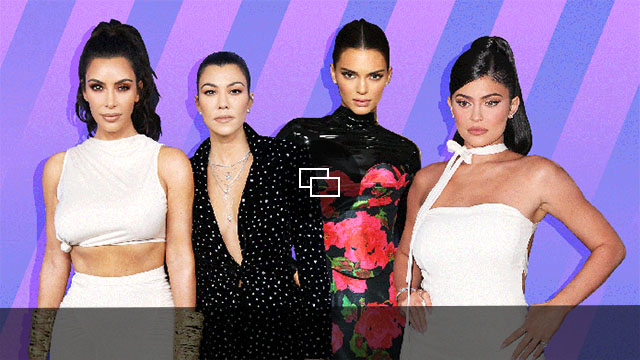