Congratulations Billie Lourd! The 27-year-old actress and daughter of Carrie Fisher said ‘yes’ to boyfriend Austen Rydell and is engaged. On June 25, Austen shared the news in an Instagram post sharing a few adorable moments caught on camera over the years writing, “💍💍💍 She said YES!! he captioned the post. “(Actually she said ‘Duhhh’) But I guess that’s even better than yes?!?”

The couple had dated back in 2016 and while it was unclear why the two parted ways it seems clear now that it was meant to be. Their reconnection came after her split from former Scream Queens costar Taylor Lautner in 2017 —according to People, it was Lautner who was her emotional support through losing her mom, Carrie Fisher, and her grandmother Debbie Reynolds in December 2016.

Following a family trip to Norway in 2017 on the anniversary of the death of her mother, Rydell and Lourd’s relationship began to heat up. And the couple began to clue us into their romance on social media.

“Best girl the world. Can’t tell you how lucky I am to have her. Happy Birthday!!!! I 💕 you!”, Rydell wrote. And on Valentine’s Day 2020, the two lovebirds seemed happier than ever.

I found the best girl in the world. Happy Valentines Day to us!! We’re hangin with the redwoods today.💕 ❤️🔴🌲🌹🐿

“I found the best girl in the world. Happy Valentines Day to us!! We’re hangin with the redwoods today,” he said beneath a photo of the two of them sharing a sweet kiss with the sun setting behind them.

Before you go, click here to read more about Carrie Fisher’s legacy. 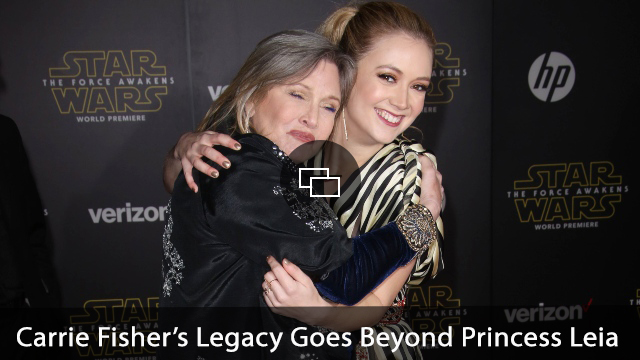