We’ve all been met with certain eye-roll-inducing stereotypes about what pregnant women can and can’t do — but none are more infuriating than the assumption by employers that pregnant workers are not worth hiring. Whether it’s an unconscious bias or conscious discrimination, moms and moms-to-be continue to face more questioning, harsher scrutiny, and fewer employment opportunities than their peers. The real truth? In not hiring pregnant women, employers are only playing themselves.

In Amy Schumer’s new docuseries Expecting, the comedian battles her way through a difficult pregnancy and near-constant nausea while filming a Netflix series and completing a stand-up tour, fitting in ER trips between comedy clubs and clutching an ever-present brown paper bag as they drive across the country. Whatever ideas you had about how “efficient” pregnant workers are, prepare for them to be shattered while Schumer, struggling in private, crushes it on stage night after night.

The trailer for Expecting starts out with a sweet moment: “I found out two days ago that I’m pregnant,” Schumer beams. At first, the images are happy, confident: “I’m not scared of giving birth. I’m really excited to hold him.”

But as Schumer’s hyperemesis gravidarum sets in, a pregnancy condition that causes severe nausea and frequent vomiting, there’s a shift. “I don’t think this is normal,” Amy tells her husband Chris Fischer. In another scene, she slumps back exhausted in her seat: “White flag,” she jokes, waving an imaginary flag.

This is a trailer for our @hbomax documentary about giving birth to a baby and a special and a marriage and a diagnosis and everything in between. Directed by @go.for.hammer We hope you enjoy! @maxpop #expectingamy

Of course, these are just the pregnancy moments — in between, Schumer’s out on stage performing her special Growing, released as a Netflix special in 2019, to wild applause. Everywhere she goes, her wit is quicker than ever, often based on her own pregnancy. “You’re shooting a special in 10 days?” Jerry Seinfeld asks her.

“I’m not getting any smaller!” Schumer shoots back.

Any woman who’s been pregnant knows how ridiculous the suggestion is that pregnant women aren’t capable of producing valuable work. Pregnant women can create life, the closest thing we have to a superpower in this lifetime, and somehow the patriarchy has managed to make even that a coded suggestion of weakness. Schumer, whose particular pregnancy could have easily justified bed rest, proved in this documentary that pregnant women can accomplish anything they set their minds to.

So please, think twice before uttering the words “pregnancy brain” in a professional context again — and unless it’s your own pregnancy you’re referring to, we recommend you just throw the whole phrase out.

Click here to see more stars who welcomed babies in 2020. 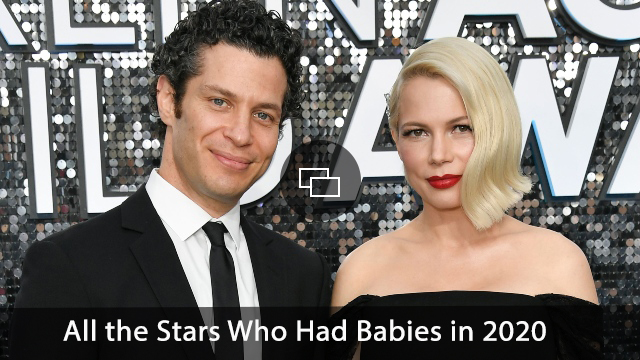