2020 has been an awful year for most things, but a surprisingly great year for TV. Among the seasons we’ve been excited to devour in quarantine is season 2 of Jordan Peele’s The Twilight Zone, the first season of which was released to broad acclaim in 2019. But in true tricky Twilight Zone form, Peele has been notably quiet when it comes to spilling details on the new season, and we’ve had to scour the internet for what to expect from his next masterpiece.

After hard-hitting sci-fi flicks Get Out and Us demonstrated Peele’s talent for mixing social commentary with fantasy, the former SNL star was the clear choice to produce a timely Twilight Zone reboot, twisting our reality through the lens of the unreal and reflecting it back to us in all its spooky glory. Are you ready to be just a little bit scared? Because from what we know, The Twilight Zone season 2 delivers.

Here’s everything we know about the next installment.

When Does It Come Out?

The Twilight Zone season 2 comes out on June 25 on CBS All Access. Unlike season 1, which released one episode per week, season 2 will release the full second season at once.

How Many Episodes Are There?

Who’s In the Cast?

One of the most exciting aspects of season 2? The star-studded cast. While each star is only on for a one-episode arc, actors include Community‘s Joel McHale and Gillian Jacobs, Pose‘s Billy Porter, Law & Order: SVU‘s Christopher Meloni, Arrested Development‘s Tony Hale, plus Seth Rogen, Damon Wayans Jr., Greta Lee, Tavi Gevinson, and more.

One of Rod Serling’s classic Twilight Zone episodes, “To Serve Man”, is getting a fresh take in season 2 with the episode titled “You Might Also Like.” (Spoilers ahead for “To Serve Man”!) In the 2020 version, instead of the Kanamits coming to earth with a superior technology, the episode follows “stay-at-home housewife Mrs. Warren (Gretchen Mol) as she looks forward to acquiring the widely marketed ‘Egg,’ an enigmatic device that promises to make everything better for everyone forever.”

While the twist in Serling’s original reveals that the Kanamits have been eating humans and treating earth as a farm, we don’t yet know how the twist will be handled in 2020: “Further investigation soon reveals the unsavory truth about this mysterious product,” CBS teases, while Entertainment Weekly points out that the title suggests an algorithm will be involved in this mystery.

Click here to see more nostalgic favorites getting a reboot in 2020. 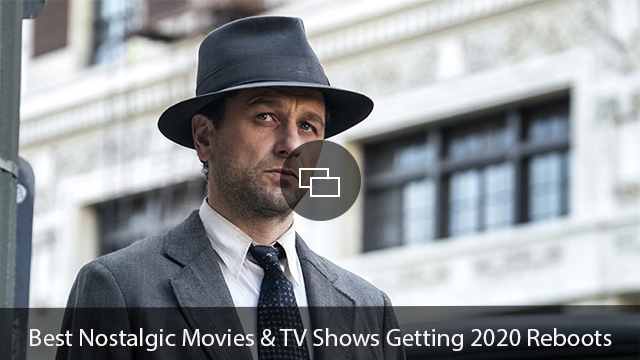