Now that Clare Crawley’s season of The Bachelorette has officially been given the green light for fall, the 39-year-old is sharing new details about her past to help fans understand who she is and where she’s been. Sitting down for the Bachelor Happy Hour Official Podcast on Tuesday, Crawley got vulnerable about painful details from her past — including a “really, really abusive relationship” and the fact that she once lived out of her car for several months.

As Crawley explained, she’d been going through some serious personal struggles prior to appearing on Juan Pablo Galavis’ season of The Bachelor. So now, heading into her own season, she wants to be more transparent about her past. “Leading into this, there’s so much more background that I have never even talked about, even on that season of The Bachelor, that I held inside, that I didn’t share with the world,” she said. “I didn’t even share with my friends. I had just gone through a really, really abusive relationship going into Juan Pablo’s season.”

She went on to reveal that she’d hit rock bottom around that time. “At one point, I was living in my car for three months, and I barely had a job making minimum wage being a hairstylist’s assistant when I first started doing hair. I was in an abusive relationship, and I just had lost my dad, too, so I was at, I would feel like the lowest of lows.”

After overcoming all of these hardships (and dealing with Galavis), Crawley spent a good deal of time after her time on The Bachelor just processing everything she’d gone through. So, when her season of The Bachelorette got pushed back, she used the unexpected delay in a similar fashion: to reflect.

“It has given me the time to sit and go, what is my message? What is it that I want to share with women my age, women our age, women of any age, anybody?” she said, adding that it’s most important for her to get the message across that “we all go through pretty awful stuff sometimes” and that there’s often more to the story than what you see in the shiny squares of social media.

Crawley also hopes that in sharing the more painful parts of her past that she’ll find a partner who understands the full depth of her character. “I want somebody to love me for all the hard stuff that I’ve been through,” she said. “I’m a courageous woman now. Even when I am weak, I still have the courage within myself to do hard things. That is something that I’m proud of now.”

Before you go, revisit some of the most dramatic breakups in Bachelor Nation history. 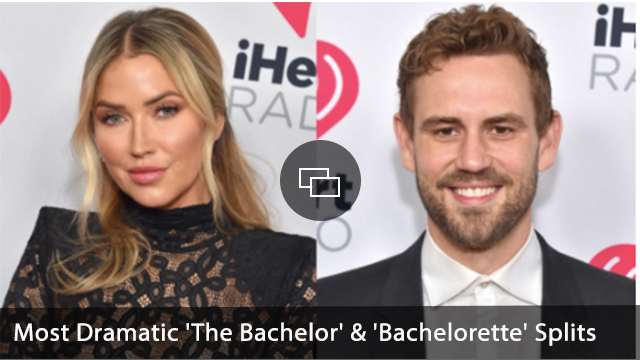