Paris Jackson is ready to carve out her own place in the Jackson family legacy. Eleven years after her music legend dad Michael Jackson died, Paris is on the precipice of her own career in the industry. On Monday, the trailer for a new Facebook Watch series focusing on her and boyfriend Gabriel Glenn’s band The Soundflowers dropped — just ahead of the release of their first EP. And while these are obviously exciting developments, Paris is opening up about the fact she still feels immense “pressure” to follow in her famous dad’s footsteps… especially since, musically, she isn’t.

In the first look at Unfiltered: Paris Jackson and Gabriel Glenn, old home videos of Paris telling dad Michael she wants to sing and dance like him fill the opening of the trailer. It’s a heartrending reminder that Paris has been shrouded in fame practically since birth. “You see a kid grow up in the public eye, you forget that I am a human,” she says. “I was against letting the world in because it wasn’t a choice. I wasn’t ready then. But I feel like I’m ready now.”

To that end, she’s inviting the world in as she and Glenn venture down a musical path of their own making. “I feel like we’re the same level of damaged,” she says of Glenn, adding, “Gabe understands the pain that I’ve gone through in my life. He helped me realize that this is what I was born to do.” However, they both readily admit “the whole pressure to follow in [Michael’s] footsteps, compared to him and scrutinized” is an ongoing challenge.

So, according to Facebook Watch, the new series will follow along as Paris works to conquer “her insecurities of living under the shadow of the Jackson legacy, in order to find her voice as a musician and woman.”

The docuseries definitely won’t be one-dimensional, though. It will go beyond the scope of her complicated relationship with music As she puts it, the documentary will “pull back the curtain with honest conversation surrounding topics that are central to their lives like spirituality, sexuality, music, family and more.”

For Paris, the ultimate goal is to affect others with her music the way music has affected her. “I want to influence self-acceptance and courage,” she explains. “I would love if my music connects with someone and helps in some way. A Jackson doing folk-indie? Not what they expect.”

Before you go, discover more things to know about Paris Jackson. 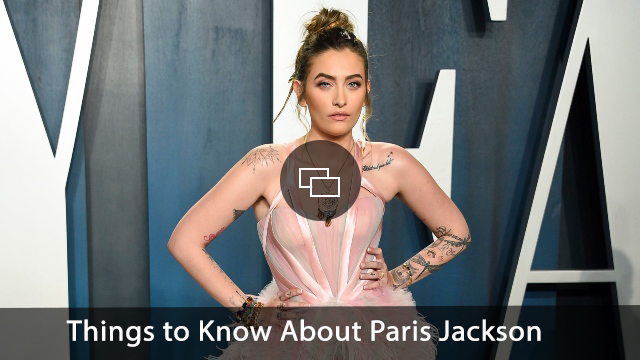 5 hrs ago
by Scarlett Harris