When I think back to my feelings about Megan Fox ten years ago, I’m not impressed. Yes, I was adequately intrigued (read: turned on) by her appearance in Michael Bay’s Transformers, but I assumed the actress herself was shallow, unintelligent, and overly concerned with the attention of men. And I couldn’t have been more wrong. As it turns out, Fox has been trying to tell us how men in positions of power in the film industry have treated her for years, but we just haven’t been listening. In this newly viral video clip from over a decade back, Fox tells host Jimmy Kimmel how Transformers director Bay had her dance in a bikini and high heels for a film role when she was just 15 years old — and yet, when Bay and his crew later claimed Fox was “difficult,” we believed their claims and ignored hers. In a post #MeToo America, this 2009 clip is seriously hard to rewatch.

The old video of Fox’s interview with Kimmel resurfaced after a Twitter user shared it as an example of how we’ve historically failed to take sexual harassment of teenage girls seriously, a case the video makes well. After the recent accusations of sexual misconduct with teenage girls leveled at comedian Chris D’Elia, and the subsequent accusations of sexual assault against teen idols Justin Bieber, Cole Sprouse, and Ansel Elgort, the question of how to stop predatory behavior against teen girls is at the forefront of many minds. Fox’s interview shows just how casually that behavior can be dismissed as “boys being boys.”

teen girls being preyed on by older men has never been taken seriously and still isn’t pic.twitter.com/t1rF80UTj1

Fox explains to Kimmel that she was an extra in Bad Boys II when she first encountered Bay, a little after she had turned 15. “They were shooting this club scene and they brought me in and I was wearing a stars and stripes bikini and a red cowboy hat and six-inch heels,” she says. “[Bay] approved it and they said ‘Michael, she’s 15 so you can’t sit her at the bar and she can’t have a drink in her hand’, so, his solution to that problem was to then have me dancing underneath a waterfall getting soaking wet.”

The difference between these two statements? While the crew’s letter had its intended effect on Fox’s career, Fox’s comments didn’t make a dent on the untouchable Bay. Instead, Fox was punished both for her own comments and the response to them. And when you look at Kimmel’s 2009 response to her story about Bay, it’s not hard to see why.

Halloween at @disneyland is always the most fun but can I get ONE family photo where everyone is looking at the camera and making a semi normal face ?? #disneyland

When Fox said that Bay having her dance under a waterfall at age 15 was a microcosm of how his mind worked, here’s how Kimmel replied: “That’s really a microcosm of how all our minds work. Some of us have the decency to repress those thoughts and pretend that they don’t exist.”

When women speak out about being harassed by men in power, their fellow men in power spend more energy empathizing with their peers than their victims. Fox has been trying to tell us for years that the way she was sexualized on screen was not her choice, and it’s a shame that the response — from all of us — was to dismiss her as difficult, ungrateful, and naïve to the realities of Hollywood.

It’s refreshing, at least, to see this interview received differently in 2020, when Fox’s treatment is recognized as the violation it was. We may not be able to go back and change Fox’s experience, but publicly condemning behavior like Bay’s is a great place to start.

Click here to see more actors and actresses who were pressured to get naked on set. 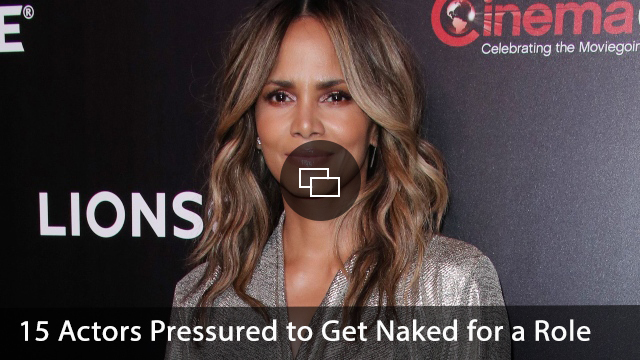