The Bachelor alum and one of the many stars of The Bachelor: The Greatest Seasons – Ever!, Sean Lowe, opened up about the franchise’s decision to choose Matt James as the 25th season’s star in a new interview — and with Father’s Day coming up, the father of three also shared what’s in store come Sunday.

The 36-year-old expressed his support for the franchise’s decision to cast Matt James. “I love the decision,” he told E! News.  “I did not think they would pick a Bachelor that was not recycled from The Bachelorette, but I love it. I think it will be a nice change of pace. Obviously I think it’s great that we have a Black Bachelor and hopefully that continues and cast members are more diverse moving forward. I’m excited to tune in.”

And Lowe expressed excitement in getting to know James through his season. “I think that will be part of the intrigue to tuning in and figuring out what he’s all about and getting to know him through the season,” he said.

While the Lowe doesn’t believe in giving unsolicited advice, he has a message for James. “This is his journey. I don’t want to give him advice when he hasn’t asked for it. Like I said, if he wants to talk, I’m certainly here and I’d be happy to, but I’m just going to let him have fun with it and do his thing.”

And as far as the women vying for James’ heart on the upcoming season are concerned, Lowe says he hopes the franchise will cast a diverse group of women. “Who knows what his preferences are, but hopefully it’s a diverse cast,” Lowe said.

“I hope that the cast is much more diverse going forward and that the cast will reflect America moving forward. They are taking the right steps, hopefully they can continue to take more steps.”

The Lowe men. We may not be the best looking or the smartest, but we have average personalities.

Sean Lowe, who found love with Catherine Guidice on his season of The Bachelor now has three kids and has some exciting plans for this upcoming weekend to celebrate Father’s Day with his family. “I’m happiest at home playing with the kids, so I think we are going to take it easy on Sunday and grill out, and play in the backyard and do that kind of thing,” Lowe continued.

Maybe someday soon James will be sharing the same exciting news of his new family.

Before you go, click here for The Bachelor couples who are still together. 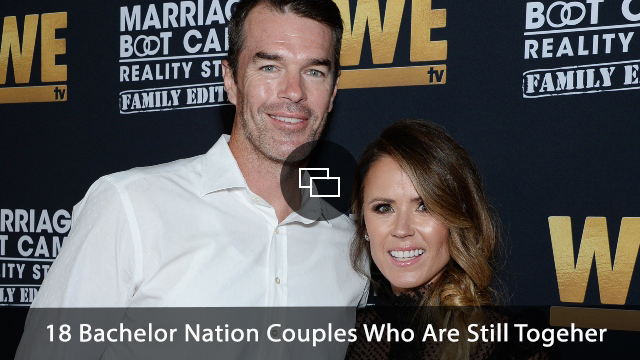