This article contains spoilers for Dead to Me Season 2.

In classic Dead to Me fashion, season 2 probably ended with you staring at the TV screen, dumbstruck. With only seconds to go in the season finale, the Netflix dramedy threw in a final gut-wrenching twist: Ben, who appears to be drunk, crashes headlong into the car Jen and Judy are driving — and then, even worse, drives away. Or does he?! The enterprising fans of this show have some truly excellent theories about what this twist could mean for the Dead to Me crew, and it has us questioning everything we thought we knew about Steve’s charming twin.

While Ben initially appeared as the antidote to Steve, who (we think) Jen killed at the end of season 1. Where Steve is cruel, Ben is sweet. Where Steve is selfish, Ben is generous. He’s perfect — almost too perfect. For a show that loves tricking its viewers more than anything else, it feels impossible that they wouldn’t take advantage of this set of identical twins to pull a fast one on Jen and Judy. But there are a few different ways that could play out.

Here are the best theories about what happens to Ben in Dead to Me season 3 — and don’t blame us if you’re still on Reddit three hours later.

Ben Will Pretend to Be Steve After the Crash

Ben is in pretty bad shape by the time he crashes into Jen and Judy’s car. He’s started drinking again after years of sobriety, his family is falling apart over the loss of their son Steve, and — though unbeknownst to him — his new girlfriend is actually the one who killed his brother. After Ben hits Jen and Judy with his car, one Reddit user theorizes that he will pretend to be Steve after, to avoid consequences for the crash and save his parents grief.

“What if Ben impersonates Steve to save his mom from the grief while also hiding from the hit and run he caused,” they write. “And it’s awk because when he goes to see Judy she knows it’s him but can’t ‘know it’s him’ because she knows how he actually died.”

That would definitely make for a tense season — Ben playing chicken with Jen and Judy all season to see who will admit their secret first? We’d love to see it.

Ben Has Been Steve in Disguise All Along

Did anyone else think Steve was going to have pretended to be Ben in the Dead To Me finale, and Ben was really the one to have died in s1?

okay so I have a theory about dead to me… so hear me out:
they focused a LOT on ben's surgeries and I think that steve is not the one who's dead, ben is, I can't put my finger on how it happened but I'm pretty sure that when the body appears it'll have a scar

While many assumed that Ben was Steve in disguise when he first showed up at Jen’s door, their suspicions were cooled by Jen looking at further footage of Steve’s death, as well as Ben’s reveal that he has scars on his chest from heart surgery (which we later see when he spends the night at Jen’s). But a few Reddit users have pointed out that those refutals aren’t as ironclad as we thought.

“We haven’t seen Jen actually view the security footage of them cleaning up Steve’s murder, only the murder happening — because it’ll show Steve getting out of the pool and putting Ben’s body in,” they write.

In this version of events, Steve has planned to switch with Ben all along to get out of the trouble he was in with the Greek mafia, and was willing to kill his brother to protect his own life. Far fetched? Maybe. But Steve has shown a pretty serious heartless streak in the past.

Careful watcher Chelsea McLaughlin notes in MamaMia that there’s a curious outfit change for Ben’s character. When he gets the call (that we believe to be about Steve’s body), he runs out of the house wearing a green shirt and sweater. When he’s driving the car later that day, he’s wearing a blue button-down — which McLaughlin notes is “something ol’ mate Steve would definitely wear.”

In this version of events, Steve would have been alive all along, and there would need to be a third body in the mix as a decoy that Jen and Judy buried. But if Steve is alive (and not pretending to be Ben), that raises a lot of questions for Jen and Judy’s safety — and raises questions about why he hasn’t turned them in sooner.

Ben & Jen Are Having a Baby

This isn’t exactly a secret of Ben’s, but it would definitely be an interesting turn for season 3. We know that Ben and Jen have spent at least one night together, and the fact that Judy’s desire to have a baby with Steve was at the heart of season 1 gives fans a bad feeling about what might happen next. If Jen becomes pregnant with Steve’s identical twin’s baby, will Judy be able to handle it? And how will knowing that Jen is pregnant affect how Steve reacts after the crash?

If I know anything about Dead to Me, the writers’ room will be laughing politely at our theorizing attempts and turning out something twice as clever, crazy, and unexpected. If there is a TV God, please hear this: We need Dead to Me season 3, and we need it now.

Click here for more Netflix shows you should be watching right now. 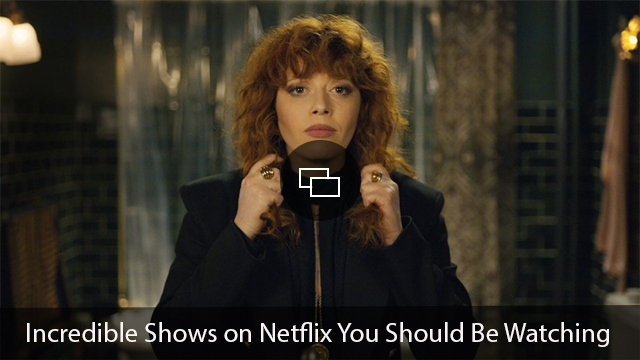