After years — decades, even — of speculation and outcry from the LGBTQ community that iconic cartoon SpongeBob SquarePants was one of their own, Nickelodeon has finally confirmed it. In celebration of LGBTQ Pride Month, the network posted photos of prominent Nickelodeon LGBTQ actors and characters, among which was no other than SpongeBob himself. Given the fandom’s long-held belief that SpongeBob identified as gay, it’s the least Nickelodeon could do for this beloved kids show, and social media reactions did not disappoint.

Nickelodeon confirmed SpongeBob’s addition to the LGBTQ community with a tweet also featuring transgender star Michael Cohen from Henry Danger and bisexual Korra from The Legend of Korra. “Celebrating #Pride with the LGBTQ+ community and their allies this month and every month,” they tweeted. Fans quickly reacted sharing stills from the show and celebrating SpongeBob’s recognition.

Celebrating #Pride with the LGBTQ+ community and their allies this month and every month 🌈 ⁣
(🎨: by @ramzymasri) pic.twitter.com/pENmTaQB0h

then explain this.. there is no heterosexual explanation for this. pic.twitter.com/hbPlwXyi9h

Not surprised about #SpongebobIsGay since it has always kinda just been the way I have seen SB, but that does not stop me from being DELIRIOUSLY happy about SB representing lgbtq+ culture ❤️🏳️‍🌈

Other fans of the show have taken issue with this, however, pointing out that SpongeBob creator Stephen Hillenburg had identified the character as asexual years ago. Further, since SpongeBob is not explicitly called gay, fans are left wondering whether the tweet was in fact a misguided allusion to his asexuality, which is not referenced in the LGBTQ acronym.

Okay, I have nothing against gay SpongeBob, but didn't Stephen Hillenburg say he is asexual? #SpongeBob #SpongebobIsGay pic.twitter.com/0X1hrQE5bL

While Nickelodeon would undoubtedly have made a stronger statement by, well, making an actual statement, this is still a big step forward for representation in kids’ TV, which has long ruled LGBTQ characters and relationships too “adult” for its content, despite their comfort including adult heterosexual relationships. And we know that LGBTQ youth are particularly at risk from their peers, with GLAAD reporting that 74.1% of LGBTQ youth are verbally harassed due to their sexual orientation, and 55.5% feel unsafe at school.

If kids had just as many beloved gay cartoon characters as those they assume to be straight, how many LGBTQ kids might feel better accepted and understood? We have to keep evolving if we want a better future, and our kids can’t learn from what we don’t show them. Nickelodeon’s tacit endorsement of SpongeBob’s LGBTQ status is a good first step, and we’ll be waiting eagerly to see what step they take next.

Click here to see a history of LGBTQ+ characters on TV. 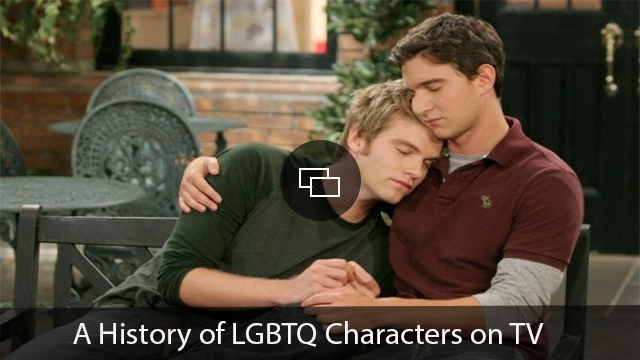