In the year 2020, I can’t believe that we’re celebrating the first ever Black lead in The Bachelor‘s 25-year history — but here we are, and celebrate we shall. ABC has announced the season 25 Bachelor lead Matt James, who was originally slated to appear as a contestant on Clare Crawley’s season of The Bachelorette. James’ casting comes after persistent outcry from former Bachelorette Rachel Lindsay and other members of Bachelor Nation about the franchise’s lack of diversity — and specifically, their failure to cast a Black Bachelor lead.

ABC Entertainment President Karey Burke gave a statement explicitly addressing the show’s diversity issues and pledging to do better. “We know we have a responsibility to make sure the love stories we’re seeing onscreen are representative of the world we live in, and we are proudly in service to our audience. This is just the beginning, and we will continue to take action with regard to diversity issues on this franchise. We feel so privileged to have Matt as our first Black Bachelor and we cannot wait to embark on this journey with him.”

Rachel Lindsay, the only Black Bachelorette lead in the franchise’s history, started the conversation about the series’ troubling lack of diversity earlier this week amid Black Lives Matter protests across the country. Since then, Bachelor Nation stars Nick Viall, Kaitlyn Bristowe, Lauren Burnham, Diggy Moreland, Seinne Fleming, and more have spoken up too, signing a petition for anti-racism in the Bachelor franchise.

James quickly became a favorite with fans as a potential Bachelorette contestant, not least because of his close friendship with Tyler Cameron, Bachelorette Hannah Brown’s runner-up. James and Cameron’s antics on social media have kept Bachelor fans entertained during these long, Bachelorette-less months, and it seems his engagement has paid off.

“Matt has been on our radar since February, when producers first approached him to join BachelorNation, as part of Clare’s season,” Burke explained of the choice. “When filming couldn’t move forward as planned, we were given the benefit of time to get to know Matt and all agreed he would make a perfect Bachelor.”

I’m sure we’ll still have a few disappointed Mike Johnson stans out there (myself included), and I’ll admit it — I was a little confused why ABC wouldn’t offer the role to a former Black contestant into whose journey we’d already invested. But maybe it’s for the best that The Bachelor is starting off on a totally new leaf, with a lead who won’t have expectations from a previous season.

Either way, we can all agree that it was past time for The Bachelor to make this change. Here’s to Matt James — the first of many, many Black Bachelor leads to come.

Before you go, click here to see the most popular bachelors in #BachelorNation history. 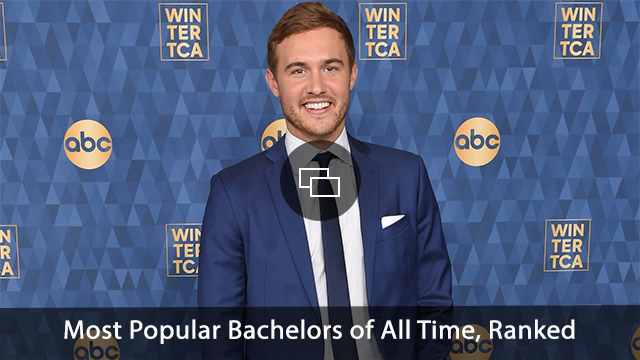 3 hrs ago
by Sarah Mina Osman