Five years ago this week, Caitlyn Jenner made her public debut as a transgender woman in Vanity Fair. “Call Me Caitlyn,” she declared on the cover — but fans were curious to learn how Caitlyn’s transition might change her relationship with the people who call her “Dad.” And, well, when it comes to Cait’s youngest kids, daughters Kendall and Kylie, the answer is simple: “She’s our hero.”

Speaking to People for the anniversary of Caitlyn’s Vanity Fair cover, Kendall, 24, explains that their bond continues to strengthen. “When my dad came out as transgender, our relationship grew. She could finally be honest with me. We talk about deep emotions she was feeling through that time. Growing up, my dad was not usually one to talk about her feelings, so that was a big step for us.” A self-professed “daddy’s girl my whole life,” the model says her relationship with Caitlyn “grows every day.”

According to Kylie, 22, Caitlyn has always been her role model, now more than ever. “My dad has always been an inspiration to me, from winning the gold medal at the Olympics to getting her pilot’s license,” the makeup mogul said. “However, watching her live out her true self has been the most inspiring of them all.”

Good day at the Father's Day car show on Rodeo Drive with my girls. Happy Father's Day to all the dads out there.

Kendall echoes this sentiment, revealing that her dad’s vulnerability gave Kendall confidence to embrace who she really is “Because of my dad’s bravery, I’ve learned to love what I love and not be ashamed of it. She’s been my role model since before I can even remember, from sports growing up to now with her wisdom. She’s so brave and I aspire to be as brave as her one day,” she said.

Caitlyn’s transition, suggests Kendall, is another beautiful chapter in an already storied life.

“I used to watch old Olympic videos of my dad and wish I could be a part of those spectacular moments with her. There are so many stories she tells about her life and I love to just sit there and listen,” Kendall told People. “She has lived so many amazing lives in one lifetime. My favorite thing to learn from my dad is about my dad. Inspiring then and inspiring now.”

Our July cover star Caitlyn Jenner kinda broke the Internet today. Tap the link in our bio to download and read the full article now. Photograph by Annie Leibovitz. #CallMeCaitlyn

Today, she seems to have found her stride and, in doing so, certainly seems to be embodying the aspirational figure her daughters see. For the past three years, she has been quietly donating college scholarships to trans students. Her foundation has shifted to a focus on trans youth. She wants to “change the world’s thinking” about the trans community.

Admittedly, the past years haven’t entirely been smooth-sailing, but Caitlyn has “no regrets.” In the “emotional” moment she picked up her new driver’s license back in 2015, she recollects a brief moment of doubt. “There I was. Caitlyn Marie Jenner,” she said. “But then, I wondered, did Bruce deserve to be thrown away like this? He did a lot of good things. He raised 10 kids. But I wasn’t turning around.”

And so she hasn’t — a fact that has clearly impacted her relationship with Kendall and Kylie for the better. “This is my journey,” Caitlyn told People. “Yes, it is different than other trans people. I get it. But the bottom line is this: ‘When I wake up in the morning, I’m happy with myself.”

Before you go, see other stars who are doing incredible work in the trans community. 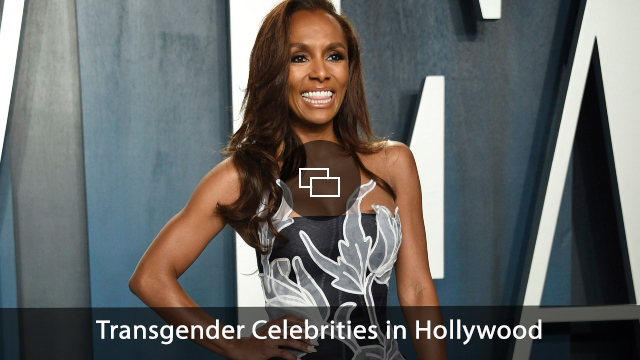