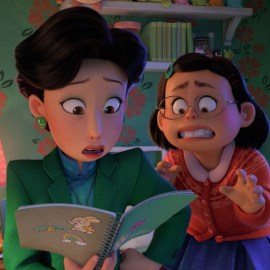 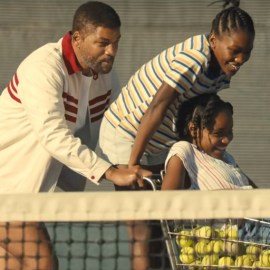 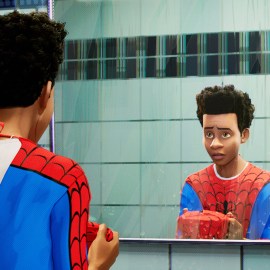 The 1939 classic film Gone with the Wind was removed from the HBO Max catalog on Tuesday, reinvigorating what many consider a long-overdue conversation about the film’s racist depictions. Weeks of Black Lives Matter protests in the wake of George Floyd’s death have prompted a reckoning across numerous industries, and film and TV have been cracking down on acts of racism from cast members as well as reconsidering the content itself. After an LA Times op-ed from 12 Years a Slave producer John Ridley broke down where exactly Gone with the Wind goes wrong, and why it’s harmful to continue to endorse it, HBO Max made the decision to briefly pull the film and draft additional context for when it reappears.

So, where does Gone with the Wind go wrong when it comes to race? The film paints the antebellum south as a time of prosperity and nobility, ignoring the system of slavery that fueled their existence and lionizing the white characters who fight for what’s “theirs.” Further, the role of Mammy, despite Hattie McDaniel’s Oscar-winning performance, propagates harmful racial stereotypes.

I really don't enjoy discussing "Gone With The Wind" with most White critics. They will basically argue how important this film is with ZERO historical context. They don't grasp how offensive this movie is to Black people. Same with "Birth of A Nation." https://t.co/5MhP5GDtsh

HBO Max gave a statement to People regarding its decision to temporarily pull the film. “Gone With The Wind is a product of its time and depicts some of the ethnic and racial prejudices that have, unfortunately, been commonplace in American society. These racist depictions were wrong then and are wrong today, and we felt that to keep this title up without an explanation and a denouncement of those depictions would be irresponsible.”

Per Ridley’s suggestion, HBO Max will be reintroducing the film to their library after some time has passed along with “discussion of its historical context and a denouncement” of its racist elements. Total censorship is not Ridley’s, nor anyone’s, goal. But to present racist ideas in support of a system that threatens Black lives daily without warning or condemnation is not moral or right.

“If we are to create a more just, equitable and inclusive future, we must first acknowledge and understand our history,” a spokesperson for HBO Max added.

To that end, hate speech and its equivalent can no longer be given an equal audience to other artistic expression, as though racism and anti-racism are two equally valid sides to an argument. We’ve seen, for generations, the harm that racism inflicts: racist words are a death threat, if one that courses more slowly and insidiously through our culture. And yet, it’s taken this long for us to respond to racism with the consequences it requires.

In coming days, I’m sure there will be many complaints that this is an over-step in “PC culture” or an egregious act of artistic censorship. And frankly, my dear, I don’t give a damn.

Click here for movies and TV shows to help you and your kids learn about race.