When Barack Obama took up residence in the White House in 2009, Sasha Obama was only seven years old. By the time they left, she was a full-blown teenager. So, not surprisingly, she’s known to many only as the president’s daughter. But since Sasha left 1600 Pennsylvania Avenue with her dad, mom Michelle and big sister Malia, it’s become all the more apparent what a graceful, smart, interesting and, well, fun person she is.

Some of what we know about Sasha we learned while her dad was still in office. Some of it has surfaced since she spread her wings and left the protective bubble of her parents. All of it, though, goes to show that children of presidents are far more multi-dimensional than they often get credit for during their political parent’s tenure. Granted, it makes sense that Barack and Michelle did their best to safeguard Sasha to an extent that made getting to know her difficult while the family was at the White House.

However, Sasha is growing into her own person now — she celebrates her 20th birthday on June 10. And as she continues to evolve outside of the microscope of presidential life, we look forward to seeing what’s in store. Because of all the things to know about Sasha Obama, it seems safe to say that the defining one is that this girl is going places.

Um, surprise! In 2016, news broke that the younger Obama daughter had scored a summer job (more on that in a minute). That news in and of itself was intriguing, but what made it far more exciting was the fact Sasha’s real name was revealed. As Refinery29 writer Ashley Ford tweeted in 2017, “Today is the one year anniversary of me finding out Sasha Obama’s actual first name is Natasha.” Mind blown

You can get a Beanie Bag named after her… sort of

Ty, the company behind the cult plush toys called Beanie Babies, stirred up some controversy in 2009 when they released two new Beanie Babies: “Sweet Sasha” and “Marvelous Malia.” At the time, mama Michelle was not pleased. FLOTUS’ press secretary Katie McCormick Lelyveld said in a statement at the time, “We feel it is inappropriate to use young, private citizens for marketing purposes.”

However, Ty insisted it was “coincidental” and that they simply chose Sasha and Malia because they are “beautiful names.” They retired the dolls not long after.

She had a near-death experience

Although she’s lived a pretty charmed life, Sasha did suffer a daunting scare in her early years. “People ask me what was the hardest time in my life — they ask, well what about during the debt ceiling debate and this and that and the other thing,” he said in a 2012 video released by his campaign, adding that none of that could compare with the fear of nearly losing his daughter. “Sasha got meningitis when she was 3 months old. I still remember going to the hospital together and they had to give her a spinal tap.”

Fortunately, Sasha made a full recovery from the illness. At that moment, though, Barack admitted he could only hope for his daughter’s health to return. “Your world narrows to this very small point. There’s one thing you care about and you don’t care about anything else,” he said.

Presidential daughters… they’re just like us! Or at least Sasha was in the sense that, like so many of us, she was reportedly obsessed with Pretty Little Liars during its decade-long run on TV. In fact, as reported by Seventeen in 2014, the then-13-year-old even got to take a tour of the set. Wonder what she did during her time in Rosewood?

Her first job was pretty normal

Remember that summer job we mentioned earlier? Well, it was just about as standard-teen-gig as you can get — in 2016, Sasha spent a few months in Martha’s Vineyard working the takeout window at a seafood restaurant called Nancy’s. Alas, even there, she had to take her Secret Service detail. “We were wondering why there were six people helping this girl, but then we found out who it was,” a fellow waiter told The Boston Herald.

Her bestie is a Biden

Friends are life when you’re a teen, but it can probably be pretty tricky making them when you’re the daughter of the president. Happily, Sasha never seemed to suffer in that department. It probably helped that some of her closest friends uniquely understood her life. Among them? Former Vice President and current presidential candidate Joe Biden’s granddaughter Maisy Biden. According to the Chicago Tribune, the girls — who attended Sidwell Friends School in Washington — both love basketball (they played together) and soccer. And in early 2017, they were even spotted hanging with a few other girlfriends during a vacation in Miami.

She rules her new domain

Although the Obamas had to move out of the White House when Barack’s time as POTUS was over, they didn’t go far. In fact, the family stayed in our nation’s capital, moving into a home in the exclusive Kalorama neighborhood. And as Michelle tells it, the teen made out pretty great when it came time to pick their personal space in the new digs. “Sasha actually killed in this house. She has a two-room suite, it’s all decked out,” Michelle shared on The Ellen DeGeneres Show in 2018. “She has like a living room area and a bedroom.” Bonus? Sasha also “designed” her room. Explaining why Sasha scored the best room in the new house, Michelle said, “She’s the baby.”

Her Sweet 16 was pretty darn sweet

Despite the fact that living under the shadow of the Secret Service can definitely cramp a girl’s social style, Sasha managed to have the Sweet 16 of her dreams in 2017. In photos from the event leaked on social media, the teen can be seen wearing a stunning red dress by Jill Stuart as she is surrounded by friends and family.

As if you need any more proof Sasha is super-cool, consider the fact that she’s a total musicophile. And, if we’re really being honest, we’re jealous of just how many amazing concerts she’s been to. Jay-Z, Rihanna, Beyonce (multiple times with her mom and sis!)… Sasha doesn’t mess around when it comes to music. She even got to dance with a music icon. As Barack shared in 2018 on Netflix’s My Guest Needs No Introduction with David Letterman, he and Sasha share a priceless memory with late singer Prince.

“This was probably three or four months before he died. Prince asked Sasha to come up and dance — and she’s an excellent dancer,” Barack revealed. “Then Sasha pulls me up, which surprises me because she always mocks my dancing, but I have dad moves.” Yeah, ya do. But still, jealous!

The Obama family celebrated another major milestone last June when Sasha graduated high school. And when she took off for the University of Michigan in the fall to start her college career, she officially made Barack and Michelle empty nesters. Not surprisingly, Sasha has been spotted on campus with (who else?) her protective detail. “I was walking by pushing a vacuum and she walked out right in front of me,” film student Zach Lassen told the Detroit News. “I said, ‘Excuse me.’ It was a crowded hallway with her and some Secret Service dudes.” Crowded hall and all, Lassen admitted it was “cool” having Sasha as a fellow student.

Before you go, click here to see more celebrity kids all grown up. 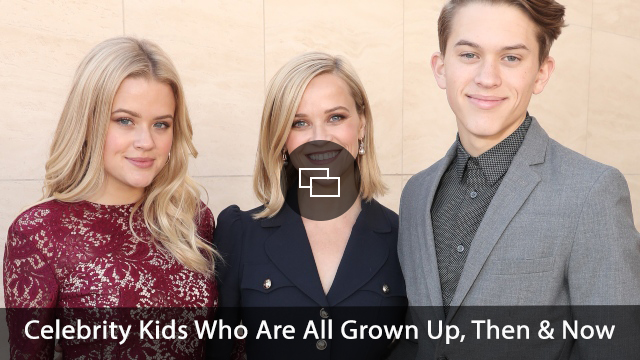