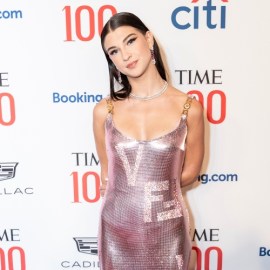 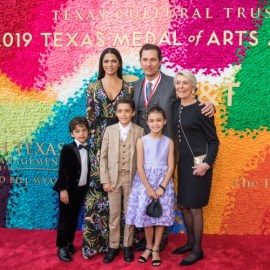 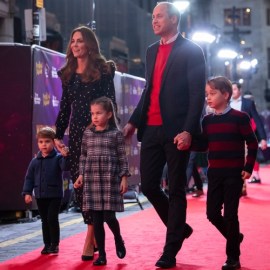 It’s that time of year again — Forbes just released their annual highest-paid celebrities list, and Kylie Jenner secured 2020’s No. 1 spot. The list ranks the world’s celebrities in terms of annual pay, with only the top 100 making the cut. And while it isn’t really much of a surprise to see Jenner on it, it is interesting considering her recent row with Forbes over the magazine revoking her designation as a billionaire.

But while Jenner may not hold that title, she has been raking in the millions. In the past year, she pulled an impressive $590 million, most of which Forbes attributes to selling 51 percent of Kylie Cosmetics to Coty last January (that deal brought in $540 million, pretax). To give a little context, the next closest contender on the list is Jenner’s brother-in-law, Kanye West, in the No. 2 spot. The rapper-slash-entrepreneur made $170 million over the past year, largely through his earnings from his Yeezy sneakers deal with Adidas.

So, Jenner clearly still amassed considerably more over the past year than any other celebrity. However, her net worth remains in the millions and not billions, the latter of which Forbes declared in March 2019. Last month’s expose in the magazine amended their earlier designation that Jenner was the youngest self-made billionaire ever.

“Kylie sold half of her cosmetics company in one of the greatest celebrity cash-outs of all time,” Forbes staff wrote in the retraction. “But the deal’s fine print reveals that she has been inflating the size and success of her business. For years.” Forbes even went so far as to suggest the Kardashian-Jenners created forged tax returns to convince the magazine of Jenner’s inflated net worth.

As for Jenner, she balked at Forbes’ expose, tweeting, “What am I even waking up to. I thought this was a reputable site. All I see are a number of inaccurate statements and unproven assumptions lol. I’ve never asked for any title or tried to lie my way there EVER. Period.”

At the time this article was published, Jenner hasn’t responded (in public) to Forbes’ highest-paid celebrities list.

Before you go, click here to see the world’s richest celebrity kids.