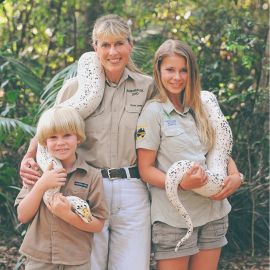 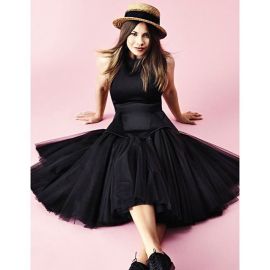 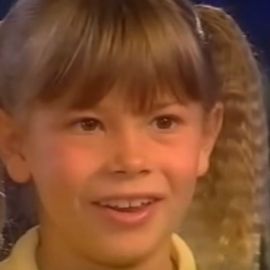 How do you take care of 1,200 animals amid a global pandemic? We’re all about to find out! Animal Planet has announced Life in Lockdown, a special episode of Crikey! It’s the Irwins that will take fans behind-the-scenes of the beloved Australia Zoo. And, happily, the gang’s all here — the show will follow Irwin family matriarch Terri, son Robert, daughter Bindi and her new husband Chandler Powell as they navigate the challenges that come with caring for exotic creatures during the coronavirus pandemic.

Crikey! It’s the Irwins: Life in Lockdown is set to premiere at 10 p.m. on Saturday, June 27. So, effectively, it will serve as a sort of prelude to season three of the reality TV series, which has already been greenlit and will premiere later this year. It goes without saying that fans feel invested in the Irwin family’s journey, as “Crocodile Hunter” Steve Irwin remains a conservation and pop culture icon.

ICYMI, the series shines a light on the family as they further Steve’s mission to protect, preserve, and foster respect for wildlife and the environment. Before the special airs, you can catch up on the first two seasons on the Animal Planet GO app.

‪This is a note to our Australia Zoo Crew – THANK YOU. For your dedication, your passion and enthusiasm to make a difference on the planet. Thank you for your commitment to educating and inspiring others to love and respect wildlife. Thank you for working so incredibly hard to help us to continue Dad’s important work. These are certainly wild times but it warms my heart knowing that we’re all in this together. Every day we put on our khakis and we come together as Wildlife Warriors. You’re part of our family and you mean the world to us.‬ 💚

The latest addition to the Irwin TV lineup is especially intriguing because it addresses the unprecedented times we’re all currently mired in. We know Terri and the kids are amazingly resilient, but will they manage to maintain their upbeat attitudes through these high-pressure circumstances? Something tells us the answer is yes. Still, we’ll definitely be tuning in to find out (and pick up a few pointers since they all seem to be #ZenGoals).

It will also be interesting to see how much of the lead-up to Bindi and Powell’s wedding will play into the special. The sweet newlyweds said “I do” on March 25 but, due to social distancing protocols, had to ditch their original wedding plans. Instead, they got hitched at the Australia Zoo with only the immediate family, Steve’s best friend and a slew of animals present.

Before you go, check out 32 of Bindi’s most daring moments. 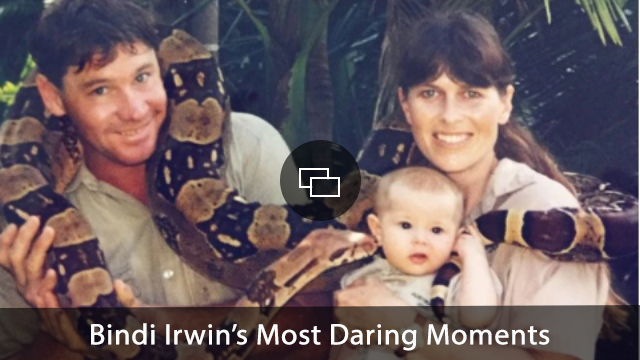