All the Celebrities Expecting Babies in 2020 64 Images

Take it from Ciara and Russell Wilson: The best jokes are the ones rooted in love. The NFL star recently offered fans a behind-the-scenes glimpse into what exactly goes into one of Ciara’s ethereal selfies. The lengths to which the singer will go for the perfect pic will be no surprise to anyone with a camera roll (which is to say, almost everyone). His video, which he posted to Instagram, watches as Ciara adjusts her phone in front of her at golden hour — and gives a peek into the couple’s tasteful backyard decor.

“She’s over here sitting on this damn chair — nice, expensive chair, too, first of all,” he says in his commentary. (Um, Russell, for the record, she’s standing on her furniture!) “She out here, pregnant and all, trying to take a photo.”

It’s at that point that Wilson interrupts the impromptu photoshoot to ask what the mom to Future and Sienna is up to.

“I’m trying to find the light!” Ciara offers as a totally valid reasoning. “The light’s fading. It’s going down lower.”

Ever the quick one, Wilson has an adorable comeback for her: “You is the light.” He saved one sweet dig for last: “Things have gone too far,” he says as the video comes to a close. “Too far.” Ciara was ready for Wilson to upload the video, as almost immediately after he did so, she stood firm in her decision to find her angles. “Whatever it takes!!” she wrote in the comments, a sentiment that was echoed by pal La La Anthony, and earned plenty of comment likes.

And, for the record: Ciara totally got her light. She showed off her baby bump in the snaps, which she uploaded shortly after Wilson posted his video. The couple is expecting their second child together, a boy, in the coming months. (For his part, Wilson clearly loves Baby Future, whom Ciara had with the rapper Future, as his own.)

#SituationSaturdays … If only we knew each other in high school…How many more chilren would we have? @Ciara 😍😜

The couple, who have been together since 2015, regularly poke fun at one another on social media. “If only we knew each other in high school…How many more children would we have,” Wilson captioned a recent throwback photo. Ciara was ready then, too: “On the babies part.. The Good Lord knew what he was doing,” she replied.

Before you go, click here to see which celebrity couples are expecting (so far) this year. 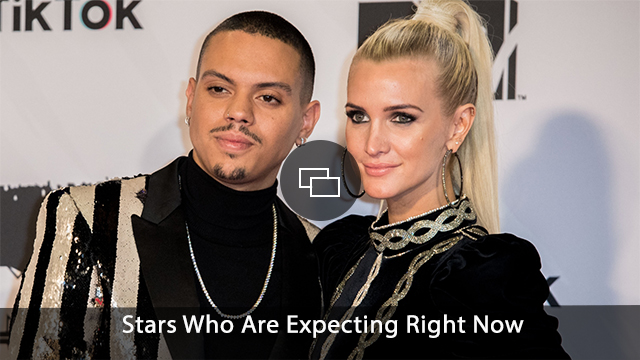