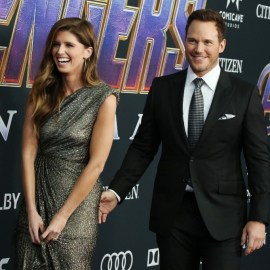 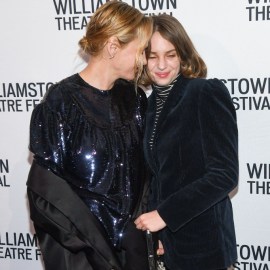 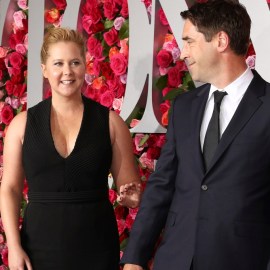 As the daughter of Goldie Hawn and Kurt Russell, actor Kate Hudson is the epitome of California cool — so it makes sense that she and her kids are soaking up all of the sunshine as they shelter-in-place at home.

Hudson shared an adorable series of photos Wednesday from one such outdoor play session, with 8-year-old Bingham Hawn Bellamy and 20-month-old daughter Rani Rose Hudson Fujikawa, whom she shares with boyfriend Danny Fujikawa. In the photo, Rani grins wide enough to display a fresh set of baby teeth and the sweet gap between them, while Bingham gazes protectively over her. The duo seem to be playing with a giant pool floatie which makes sense given Rani’s outfit of choice: She’s in a diaper and little else, her hair pulled into a ponytail that sticks straight up.

“My babies,” Hudson captioned the pic.

The photo already earned tons of love from fans, and even a few famous pals. “Eh…If you are into that kind of thing,” Friends star Matthew Perry commented alongside a smiley face, seemingly to indicate that he is very much into this kind of thing, i.e., candid photos of loving siblings.

Hudson has previously hinted that she’s not opposed to having even more kids (she co-parents oldest son Ryder Robinson with her ex, musician Chris Robinson.) “Right now, Rani’s in that place where you’re like, ‘I want another baby,'” the actor and Fabletics spokesperson told Ellen DeGeneres in February. “But once she gets like, four, five, you’re like, ‘I feel like my life is kinda back a little bit.’ They’re kind of in a groove.” Even so, she’s not opposed to trying for a son with Fujikawa, who is one of three brothers, and already fits right in with the rest of her crew.

All my Valentines ❤️ #happyloveday

Before you go, click here to see how other celeb families are spending their time in quarantine.