To the outside world, Prince William seems to be a happy-go-lucky dad to his and Kate Middleton’s three kids Prince George, 6, Princess Charlotte, 5, and Prince Louis, 2. And, sure, for the most part he likely is. But in a new BBC documentary, William admits that becoming a father brought back the emotional trauma of losing his own mother, the late Princess Diana — and, at times, he has struggled to navigate pain he thought he’d already “dealt with” prior to becoming a parent.

Now 37, William was only 15 at the time of his mother’s death in a 1997 car crash in Paris. While the Duke of Cambridge has frequently spoken fondly of his mom, he hasn’t opened up as much as his brother, Prince Harry, about losing her. However, in Football, Prince William and our Mental Health, he gets vulnerable while broaching the topic with former professional English soccer player Marvin Sordell.

“Having children is the biggest life-changing moment, it really is. And I agree with you; I think when you’ve been through something traumatic in life, and that is your dad not being around, my mother dying when I was younger, your emotions come back in leaps and bounds because it’s a very different phase of life,” William shared, adding, “And there’s no one to, kind of, help you, and I definitely found it very, at times, overwhelming.”

The Duke of Cambridge has met players, fans and managers from grassroots to the elite as part of #HeadsUp, a campaign to kick off the biggest ever conversation on mental health, through football. The documentary ‘Football, Prince William And Our Mental Health’ will be broadcast on Thursday 28 May at 20:05 BST on BBC One. In this preview of the documentary The Duke and former footballer Marvin Sordell discuss how feelings from a traumatic event can resurface when becoming a parent. #FootballPrinceWilliamAndOurMentalHealth @Heads_Together

One particular moment William has grappled with is the last time he spoke to his mother. As Prince Harry previously revealed, Prince Charles broke the news to the brothers of their mother’s passing. They had spoken to her on the phone that very same day from Queen Elizabeth’s II’s Balmoral Estate in Scotland.

In a 2017 ITV film, William touched on that final call. “Harry and I were in a desperate rush to say goodbye, you know, ‘see you later.’ If I’d known now obviously what was going to happen I wouldn’t have been so blasé about it and everything else,” he said, lamenting, “But that phone call sticks in my mind, quite heavily.”

That’s not to say William has been working through these things alone, of course. His partner in parenthood is a steadying presence for the Duke. “Me and Catherine support each other and go through those moments together. We evolve and learn together,” William told BBC in the new documentary. “But I do agree with you; I think emotionally things come out of the blue that you don’t ever expect or maybe think you’ve dealt with.”

Although William generally comes across as pretty unflappable, he’s ultimately just like most of us when it comes to raising tiny humans: an equal mix of excitement and trepidation. “It’s one of the most amazing moments of life,” he said of becoming a father, “but also one of the scariest.”

Before you go, click here for the best photos of Princess Diana and the Royal Family. 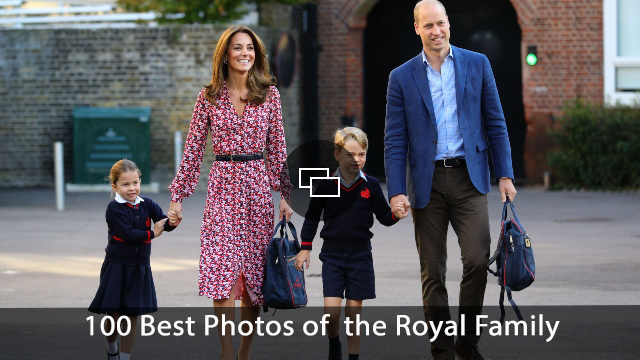