All the Celebrities Expecting Babies in 2020 64 Images

For some, COVID-19 has had a silver lining: finally spending some much-needed time bonding with the family at home. In Kevin Hart’s case, with wife Eniko Parrish expecting their second child together, he’s getting a crash course in both parenting his kids full-time and being there to take care of his wife during pregnancy — something he admits has never happened before. Hart shares daughter Heaven and son Hendrix with ex-wife Torrei Hart, and shares young son Kenzo with Eniko. But the star came clean that, due to his job, he’s never been around for the whole nine months of pregnancy. Let’s just say that the star has been learning a lot about the miracle of pregnancy while home in quarantine.

Hart chatted with Entertainment Tonight about the surprising perks of being stuck at home — and while he’s honest that his pregnant wife’s experience isn’t all sunshine and roses, he wouldn’t miss it for the world.

“The best thing is just continued time with my wife and my kids, actually sitting down, actually being home, being present. It’s been unreal,” he said. “Through any pregnancy with my wife, now my ex-wife, I was always on the go. So I have never been there consistently through the stages of growth throughout the months…I have never been there to see the progression and the mood swings and really be there.”

It sounds like Eniko is giving him a crash course in standing by your pregnant wife: there are times when Kevin says he’s learned to just “shut up” and do “as I’m told” (a good lesson for anyone tending to a pregnant woman!). And it sounds like Eniko and his kids have been having a good time giving Hart grief for letting himself go around the house — specifically, growing out his greys.

“It was getting too tough. I caught my wife shaking her head looking at me a couple times. My daughter was like, ‘What are you doing?’ They were on me,” Hart shared. “[They] started calling me ‘grandpop’ and asking me where my cane was. A whole bunch of that.”

Glad the Hart family is keeping Kevin on his toes — why would women be the only ones fussing over greys?! Joking aside, Hart is full of gratitude for the family he’s always wanted, and one that he finally gets to experience in full.

“I’m excited. [I’m] about to be a family of six. Two girls, two boys, two dogs,” he said.  “I would’ve never imagined this in a thousand years.”

Before you go, click here to see which other celebrities are expecting babies in 2020. 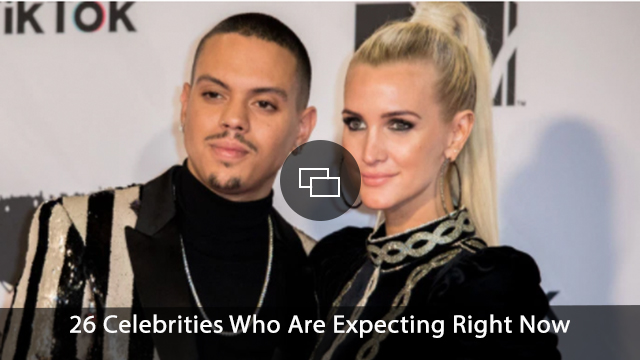