We really, really hate to see it. Bachelorette star Hannah Brown is now coming under fire from fans after saying the n-word during an Instagram Live, then offering a giggling, half-hearted apology and trying to pin it on one of her friends. Hannah has been highly active on social media throughout the COVID-19 lockdown, and was sharing yet another video of herself goofing off with friends. In this one, she’s rapping a DaBaby song when she casually includes the n-word (though, as fans noted, she was cognizant to leave out the f-word). While the star has since issued a more complete apology, the context of the incident and her initial response has fans doubting her sincerity.

As viewers know from Hannah’s season of The Bachelorette, the star is a proud Alabama native, and appears to have been catching up with friends when this video was filmed. (As to whether this hangout follows social distancing guidelines, that’s a whole other issue.) She’s trying to rap the lyrics to DaBaby’s “Rockstar” when she says the n-word, and doesn’t seem to realize anything’s amiss until comments start rolling in on her Instagram Live.

.@hannahbrown singing the n word. This is deplorable and while it isn’t my apology, the fact that you would giggle about it as you and your friend deny you saying it and that you’d say “no that’s Patrick”… beyond impermissible. You need to ACTUALLY address this. pic.twitter.com/6ARR1h3lBe

“I did? I’m so sorry,” she gasps, still grinning. “I don’t think that was you,” her friend chimes in. As her Twitter and Instagram quickly flooded with negative comments, Hannah posted a more serious apology to her Instagram story later.

“I owe you all a major apology,” she wrote. “There is no excuse and I will not justify what I said. I have read your messages and seen the hurt I have caused. I own it all. I am terribly sorry and know that whether in public or private, this language is unacceptable. I promise to do better.”

We sincerely hope that Hannah has learned from this experience, but as fans and Bachelor Nation members alike are pointing out, it shouldn’t have taken this level of public scrutiny for her to re-evaluate her relationship with the n-word. From the video, it appears that Hannah is comfortable using that language and has likely been using it in the company of her friends for a long time. The fact that she didn’t register an issue until fans commented speaks volumes about how normalized it is in her world, and former Bachelor contestant Bekah Martinez and Bachelorette Rachel Lindsay have both weighed in.

Rachel in particular took issue that Hannah had issued a written apology instead of coming face to face with those she’d hurt. “It’s easy to make a statement, it’s easy to hide behind words, but when you’re bold enough to say the N-word on camera, on your platform…then you need to be bold enough to use your face on camera and apologize in the same way that you said the word,” she said on her own Instagram Live. “I’m not discrediting the apology I’m just saying we can’t give people a pass for this. You have to hold people accountable for what they’re doing.”

We have a feeling Hannah’s social media activity may slow down for the time being, and we hope she takes this feedback to heart. We’re just happy this slip didn’t happen while Hannah was actually on The Bachelorette, reaching millions more viewers. The show gave Hannah a platform, and now she needs to learn how to use it responsibly.

Before you go, check out the least popular Bachelorette women of all time. 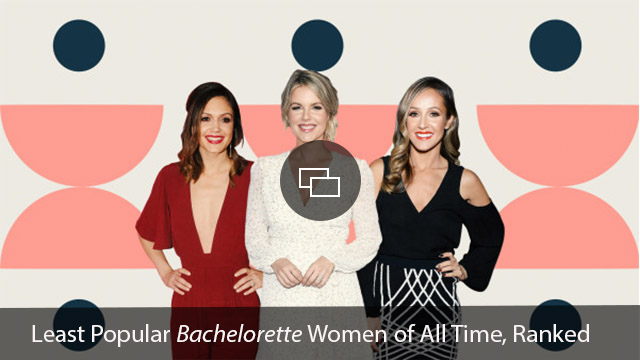