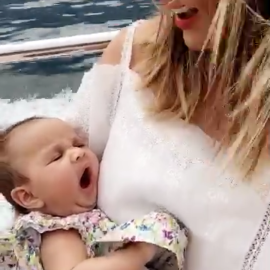 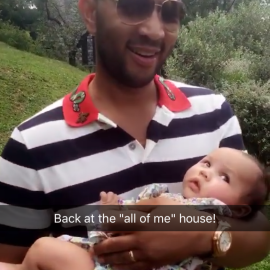 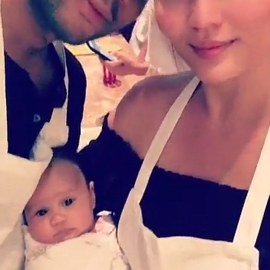 18 Pics of Chrissy Teigen, John Legend & Baby Luna so Cute We Can Hardly Stand It 18 Images

Time flies when you’re having fun — not to mention charming the world with your gosh darn adorableness. Case in point? John Legend and Chrissy Teigen’s son Miles turns two today! The Cravings cookbook author hopped on social media to give Legend’s mini-me a special birthday shout-out and, true to form, the little guy looks too cute in his birthday photos.

On Saturday afternoon, Teigen took to Instagram to partake in a classic mom ritual: giving an annual update on her kid via chalkboard snapshot. And how much fun is Teigen’s tribute to her youngest child? Thanks to the artfully doodled chalkboard in her post, we know a lot about what Miles likes at 24-months-old. For starters, he loves cars! He’s also apparently a fan of “talking to Google, Elmo, getting suckers and movies.” Like many (many, many) kids, his favorite song is anything from Frozen 2. And his favorite book is Chicka Chicka Boom Boom. He has 19 teeth, is 34-inches tall and weighs 25 pounds. He’s not a huge fan of his new bearded dragon yet but, hey, maybe that’ll change now that he’s two.

“Happy birthday to the boy who gives our household so much life,” gushed Teigen. “You’re bonkers, my tiny fearless love bug, but I wouldn’t have it any other way. I melt every time I look at your cheeky little face. I love you, happy TWO!”

Teigen added a second post in which Miles is standing, wearing an Elmo-themed shirt that reads “Two Miles” with a pair of jeans. Hilariously, Teigen captioned the pic with a quote from The Office alluding to Steve Carell’s iconic boss character Michael Scott: “Michael and his jeans. He gets in them, and I’m not exactly sure what happens, but I can tell you, he loves the way he looks in those jeans.”

Fans who follow the precious family (Teigen and Legend also share daughter Luna) may realize that Miles is rockin’ a sharp new haircut in both of his birthday photos. Impressively, Teigen is responsible for that, too. On Thursday, she revealed that she trimmed her son’s hair.

Before you go, check out more wildly adorable photos from the Teigen-Legend household.