Kelly Ripa has been very honest with her fans that this time on lockdown has not been easy on her. Even so, she and co-host Ryan Seacrest have continued to air their virtual version of Live with Kelly and Ryan, cobbling together celebrity interviews every darn (week) day to keep creating new content for her fans. So, when said fans proceeded to come for Ripa and Seacrest’s home makeup skills, commenting that Ripa had a tendency to look “shiny” on air, the TV host rightfully lost her cool. Her clapback to this not-so-helpful comment is a good reminder to think before commenting on a woman’s appearance (and then, you know, don’t do it).

If you’ve been staring at your own Zoom-ified face, you’ll know it’s near impossible to look, like, really good on that camera. And if you’ve been watching Live with Kelly and Ryan, you’ll know that Ripa looks way better than anything videochatting should. So, when Ripa learned that comments were being made about her “shiny” face, she understandably went off.

“First of all, let me just say, to people commenting about our appearance, ‘How dare you and you’re lucky that we actually put clothes on,'” Ripa began. “It’s harder than you think to roll out of bed and come to a TV show.”

The host shared that some days she feels herself inching closer to just bringing her laptop into bed with her and livestreaming from there. “I’m not going to do that because I keep telling myself, ‘You’re a professional and this is still a TV show and the days matter.’ It’s my mantra.”

Ripa has realized that, while getting out of bed is definitely a professional requirement, having a “perfect” TV-ready appearance at all times shouldn’t be. “I don’t care. I have a new outlook on life,” she told Seacrest. “Certain things don’t matter any more and my appearance is one of those things that just don’t matter.”

In keeping, Ripa’s been using whatever makeup she can find on hand, even if it’s not exactly in ideal condition. “I’m not proud of this. I for one have not ordered makeup and I’m just using what I have,” she said.  “Some of it, I’m sure, is probably toxic. It’s probably way past its expiration date.”

Who among us hasn’t used some definitely-expired mascara in a pinch? Kelly Ripa is just like us — over it. If you can’t say something nice, don’t say anything at all.

Before you go, check out 13 things to know about Kelly Ripa and Mark Consuelos’ daughter Lola. 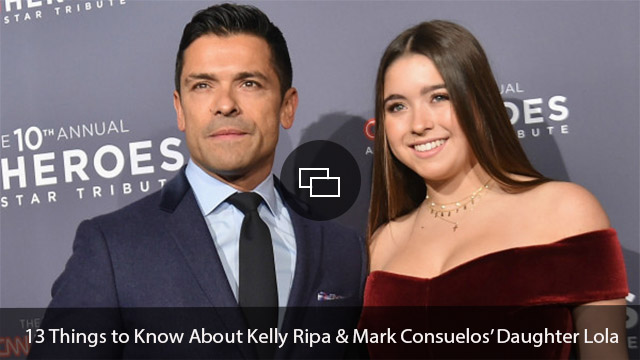