It’s not often you get an up-close-and-personal look beyond the walls of royal homes. But then again, we’re living in unprecedented times where everyone — including royals — are hunkered down at home during the novel coronavirus pandemic. And as such, we’re getting a rare glimpse inside of Royal Lodge Windsor, the sprawling estate shared by Sarah Ferguson and her ex-husband Prince Andrew.

While official photos inside of royal residences are rarely released, photos from inside Royal Lodge Windsor have been surfacing via the royals’ social media feeds. Chalk one up for the digital age, eh? Before we dive into these glimpses, though, let’s recap a little Royal Windsor History. Located in Windsor Great Park, the private residence has been part of the royal family’s real estate portfolio for over a century. Previously, it served as home to Queen Elizabeth, the “Queen Mother,” for over 70 years.

It was gifted to Andrew in 2003 and, despite the fact that he and Sarah split in 2006, they’ve continued to share the 30-room residence. Their daughters, Princess Beatrice and Princess Eugenie have their own homes in London but still, frequently visit. And thanks to the pandemic quarantine, Eugenie and her husband have been hunkered down at Royal Lodge Windsor for the past few months.

So, what does the multi-family royal residence look like? Here are a few sneak peek photos the York family has shared.

Ahead of daughter Eugenie’s wedding, Sarah was photographed in the doorway of a long celadon room. A sitting area appears to be directly behind her, and various portraits and family photos line the hall.

Thank you so much @emanuelungaroparis for my amazing dress @jadghandourofficial

Princess Eugenie of York and Jack Brooksbank are delighted to release four official photographs from their Wedding day. The images were taken by photographer Alex Bramall at Windsor Castle and later in the day at Royal Lodge.#RoyalWedding https://t.co/Ls86G6PYds pic.twitter.com/dncMFdViQs

#tbt to THE greatest day of my life

Jack and I would like to thank everyone who was involved in making our day so special and for all the wonderful wishes as we start married life laughing together. @alexbramall

Princess Eugenie and Jack Brooksbank are pictured at Royal Lodge Windsor ahead of a private dinner on their wedding day on October 12, 2018. Although the photo is dark, you can definitely make out the stunning chandelier overhead.

Princess Eugenie and Jack Brooksbank are pictured at Royal Lodge, Windsor, ahead of a private dinner on their Wedding Day. #RoyalWedding Photo: Alex Bramall

Could it be the same great room that Eugenie was photographed in for a magazine shoot with Harper’s Bazaar in 2016? In the magazine’s portrait, many more details can be made out, including ornate architectural details and several small, formal sitting areas consisting of elegant antique furniture.

A Day in The Life of Princess Eugenie of York. The spirited, art-loving young royal reveals all to @laurabrown99 in our September issue. Read the full profile now on BAZAAR.com. Photograph by @alexbramall. Styling by @hayley_caine. Wearing an @albertaferretti gown. #WeAreFashion

During quarantine, Sarah has been doing a weekly reading series — most of which she records from what appears to be a sunroom or sitting room. In the videos, you can see a toile-patterned chair, a banquette of windows, shelves, floral decor and more.

The property’s well-kept gardens seem to be Sarah’s pride and joy. She, along with her daughters, is often photographed (or do the photographing) among the stunning trees and flowers on the estate.

Nature will show us the way forward, the shadow highlights the light. An horizon is just the limits of our sights, we will trust and we will stand with courage and support in deep gratitude, for brighter horizons #nature

I’m very proud to be in the September issue of Vogue alongside my beautiful big sister talking about our bond, who we are and what we stand for. Thank you to the wonderful team at Vogue, @seanthomas_photo and @edward_enninful for asking us to be part of your journey.

There’s even a beautiful black-and-white photo of the Queen Mother with Prince Charles and Princess Anne taken in the gardens on April 25th, 1954. Just look at that weeping willow!

In 1981, a snapshot of Queen Mother’s drawing-room was taken.

And way back in 1960, Princess Margaret poses with her then-fiance Anthony Armstrong-Jones in the Queen Mother’s sitting room during a weekend visit.

Before you go, check out 18 of the biggest and most expensive celebrity homes. 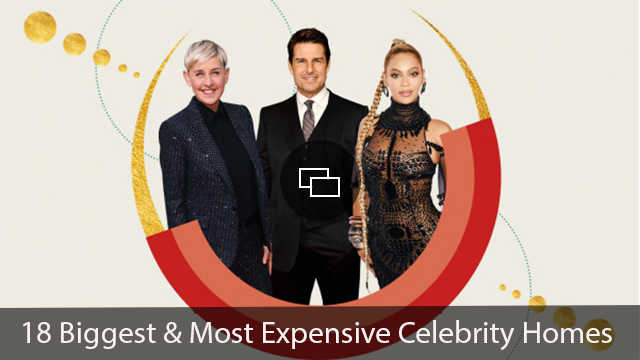