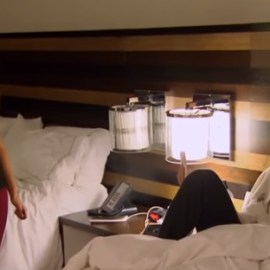 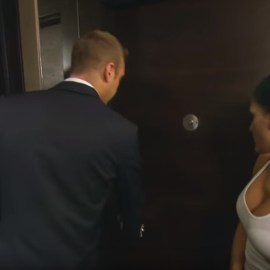 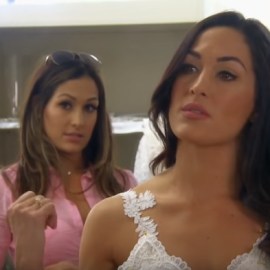 Everything seems to have shaken out well for expectant parents Nikki Bella and fiancé Artem Chigvintsev, but their pregnancy journey certainly didn’t start out that way. In a sneak peek of tomorrow’s new Total Bellas, Nikki decides she needs to know if the symptoms she’s been having mean a baby is on the way. And, well, let’s just say that she and Chigvintsev were most definitely not on the same page about starting their family when the episode was filmed.

At present, Nikki is pregnant with her and Chigvintsev’s first child and is expected to deliver in early August. Her twin sister, Brie, is also pregnant and expected to give birth just before Nikki in late July. And while the women both seem to be enjoying the journey now, Nikki initially had doubts that pregnancy was for her. In this week’s Total Bellas clip, her mom Kathy Colace FaceTimes Brie and her husband Daniel Bryan so they can hear the results of Nikki’s pregnancy test. Everyone seems to be excited about the prospect of a Nikki-Artem baby… with the exception of Nikki herself.

When Chigvintsev reads the results — which, in this instance, are negative — you can see the disappointment all over his face. Even mom Colace admits, “Part of me is sad.” When she asks Nikki and Chigvintsev how they feel, they answer at the same time but with wildly different emotions. “Relieved,” blurts out Nikki, while Chigvintsev says he is “bummed.”

In a confessional, he sums up his sentiments, telling the camera, “It’s a bit sad, you know, like I do want to have a family. And I actually really do think of that future with this woman. So it sucks because it was kind of like a slight hope for something that I do know I want. And it’s negative.”

As he and Nikki go on to explore their reactions more, Nikki clarifies that she doesn’t necessarily find it “bad” to be pregnant. Rather, she tells him, “It’s life-changing. I love our life how it is now.”

Also, as seen in last week’s episode of Total Bellas, Nikki and Chigvintsev had their first major fight just prior to taking this pregnancy test. When you’re trying to suss out whether your relationship will last, it’s bound to add another dimension of uncertainty to the prospect of having a child together.

Of course, it goes without saying that at some point a “positive” symbol did pop up on a pregnancy test for the couple. And regardless of how either of them felt about that in those early pregnancy scare days, they both seem to be relishing the experience now. All’s well that ends well, right?

Before you go, revisit some of the Bella twins’ biggest fights.