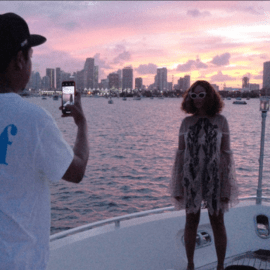 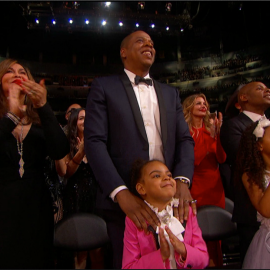 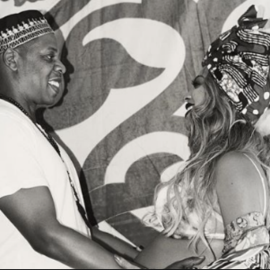 If there was ever any doubt in your mind that Blue Ivy Carter is her mom’s mini-me, it’s about to be laid to rest. In a video shared by the 8-year-old’s stylist (yes, she has a stylist), Blue channels Beyoncé so much that it almost seems like a throwback video of Bey herself. It’s a match, from her diva-like confidence down to her hair and makeup. And it goes without saying that seeing this confirmation Blue takes after her mom is pretty special.

On Tuesday morning, Blue’s stylist Manual A. Mendez took to Instagram to share a quick clip of Blue dancing her little heart out to “Mood 4 Eva” by none other than Beyoncé. The song is part of The Lion King: The Gift soundtrack created in conjunction with Disney’s live-action remake of the classic animated movie. As fans will remember, the young talent made a cameo in the music video for “Spiti” from the same soundtrack. She also took home the Ashford & Simpson’s Songwriter’s Award for co-writing her mom’s track “Brown-Skin Girl.”

In Mendez’s video, which he captioned “Mood 4 Eva” in a nod to the name of the song she dances to, Blue moves to the rhythm of the music.

Between Blue’s distinctive style (that lipstick! those braids!) and her dance moves, she clearly has inherited a healthy dose of her mama’s fierce personality.

Speaking of fierce, Beyonce’s alter ego is literally called Sasha Fierce. So, we’re now kind of dying to know if Blue has one, too. Or — wait for it —is Blue the embodiment of Sasha Fierce? Did Bey giver her alter ego actual life? It sure looks like it.

In further evidence that Blue has the bold personality to match that moniker, she apparently crashed grandma Tina Knowles Mother’s Day video. First, Knowles appears on camera, saying, “Happy Mother’s Day to all of the beautiful mothers out there.” Then a child’s voice can be heard off-camera, chiming in, “And don’t forget all the beautiful daughters out there, which I am one of.”

Yep, Blue channels her mama in more ways than one.

Before you go, check out 40 times Blue Ivy and her parents were the cutest family ever.