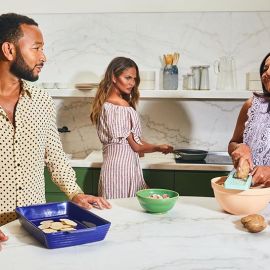 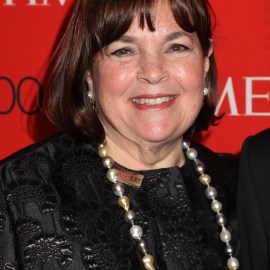 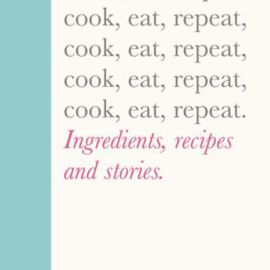 For those of us whose information about the outside world is largely communicated through Twitter, this weekend was about one thing and one thing only: the drama between Twitter queen Chrissy Teigen and New York Times food writer Alison Roman. Last week, Roman devastated many fans and Teigen herself with a cutting takedown of Teigen’s Cravings by Chrissy, accusing her of being a sell-out and a “content farm.” In response, Teigen has gotten a flood of support from her fans — and then, inevitably, a swarm of haters claiming that Roman was right to criticize her and airing any and all grievances about the celeb (WTF?). The final straw was when commenters started bringing in Teigen’s kids Luna and Miles, and a fed-up Teigen announced she’ll be taking a break from Twitter indefinitely until this calms down. Her once-public account is now private.

Teigen took to Twitter for a final message on Sunday, explaining to her followers why she’d be stepping back from a platform she uses so often. “I really hate what this drama has caused this week,” she wrote. “Calling my kids Petri dish babies or making up flight manifests with my name on them to ‘Epstein island’, to justify someone else’s disdain with me seems gross to me so I’m gonna take a little break.”

Chocolate balloon bowls … did not go as planned. #linkinbio @cravingsbychrissyteigen

“This is what always happens,” she continued. “The first day, a ton of support, then the next, 1 million reasons as to why you deserved this. It never fails.”

Setting aside the fact that Teigen never deserved Roman’s ambush to begin with, it’s doubly upsetting that Internet trolls are seizing the opportunity to flood her page with further criticism — let alone that they’d use the phrase “Petri dish babies” in doing so. Needless to say, we fully support Teigen’s decision to step back from the platform, and we hope that Roman takes some time to reflect on the enormous scrutiny these stars are already under. The toxic culture of internet hate campaigns is a bigger problem than any one individual. But both Roman and Teigen need to be aware that when they’re publicly critical of each other, they’re sending a swarm of angry fans their way. And often, neither is prepared for the lengths to which those fans take it.

Ideally, Roman could have refrained from voicing her disdain for Teigen’s product line and cookbook success (as well as Marie Kondo’s product line), and continued her path as a rising star with her cult-favorite recipes. But this interview has given many of her fans pause. At a time with so much conflict and grief already, we can’t understand why Roman would say what she said. And now, Teigen and Roman both are dealing with the fallout.

Before you go, check out all the cookbooks we’re excited for in 2020.