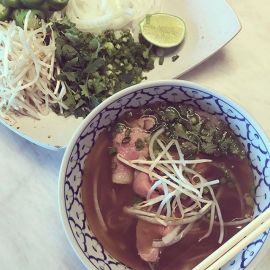 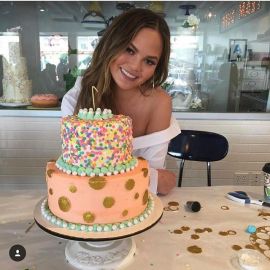 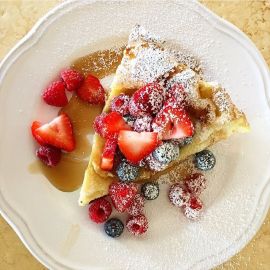 Food writer Alison Roman really stirred the pot over the weekend by coming for Chrissy Teigen (and Marie Kondo, to boot!) in an interview with The New Consumer. The drama began bubbling when fans caught on to the fact that Roman said she was “horrified” by Teigen’s lifestyle brand trajectory, pointedly noting, “I don’t aspire to that.” By the time Teigen dropped in with a heartfelt — and, TBH, kind of heartbreaking — response to Roman’s insults, you can say the pot had already officially boiled over.

To recap, Roman is an author (Nothing Fancy) and food columnist for The New York Times. On Thursday, in a just-published interview, she took a swipe at Teigen. “Like, what Chrissy Teigen has done is so crazy to me. She had a successful cookbook. And then it was like: Boom, line at Target. Boom, now she has an Instagram page that has over a million followers where it’s just, like, people running a content farm for her,” Roman said. “That horrifies me and it’s not something that I ever want to do. I don’t aspire to that. But like, who’s laughing now? Because she’s making a ton of fucking money.”

Fast forward to Friday, when Teigen took to Twitter to air her feelings on the interview. “It has been crappy to deal with this all day but I couldn’t not say something,” she tweeted. “I know the actual tears I put into the work I do, and it’s really hard to see someone try to completely invalidate it. Someone I really liked.”

It has been crappy to deal with this all day but I couldn't not say something. I know the actual tears I put into the work I do and it's really hard to see someone try to completely invalidate it. Someone I really liked.

Teigen elaborated that while she’s used to dealing with trolls, processing feedback from someone she respects has been much more difficult. “I don’t think I’ve ever been so bummed out by the words of a fellow food-lover,” she lamented. “I just had no idea I was perceived that way, by her especially. And Marie, too Marie is awesome.”

this is a huge bummer and hit me hard. I have made her recipes for years now, bought the cookbooks, supported her on social and praised her in interviews. I even signed on to executive produce the very show she talks about doing in this article. https://t.co/9xrvQBInAp

this "farm" you think of doesn't exist. I am the farm. I am the cows the horses the pigs

She shared a link to Roman’s article, pointing out that she’s “made her recipes for years now, bought the cookbooks, supported her on social and praised her in interviews.” Ironically, Teigen had even signed on to executive produce Roman’s new cooking series that she references in the piece.

Teigen wasn’t the only one mentioned by Roman, either; she’d gone in even harder on minimalism guru Marie Kondo. “Like the idea that when Marie Kondo decided to capitalize on her fame and make stuff that you can buy, that is completely antithetical to everything she’s ever taught,” Roman said. “I’m like, damn, bitch, you fucking just sold out immediately! Someone’s like ‘you should make stuff,’ and she’s like, ‘okay, slap my name on it, I don’t give a shit!’”

It did not take long, understandably, for Roman to start receiving feedback from the Twittersphere. Many, many (many) fans took issue with the fact that Roman — a white woman who admits in the article to collaborating on a product line — singles out two women of color for building successful brands.

You called Marie Kondo a bitch/sellout, and accused Chrissy Teigen of running a content farm. Yet had no issues w/ white women capitalizing on lifestyle content, asking "Does the world need another Goop?" This speaks volumes about who you think is allowed to build global empires.

Look, no one loves an Alison Roman cookbook/YouTube video more than me but as a WOC, both the interview and your clarification are tough to read. There’s no harm in admitting your choice of examples could have been perceived as a bit tone-deaf. 🤝

as a foodie, i've really enjoyed your recipes + content. but as a POC, i was really disappointed to see you dig your heels in and declare valid criticisms as "backlash." i think a straightforward apology would've meant a lot to your fans and given you the chance to clarify…

Initially, Roman basically doubled down on her remarks, tweeting, “When women bully other women for being honest about money and how much they do or do not make, well, that’s amore.”

But as the outrage continued to escalate, she tried to walk back her words. “Hi @chrissyteigen! I sent an email but also wanted to say here that I’m genuinely sorry I caused you pain with what I said. I shouldn’t have used you/your business (or Marie’s!) as an example to show what I wanted for my own career — it was flippant, careless and I’m so sorry,” Roman tweeted to Teigen.

Hi @chrissyteigen! I sent an email but also wanted to say here that I’m genuinely sorry I caused you pain with what I said. I shouldn’t have used you /your business (or Marie’s!) as an example to show what I wanted for my own career- it was flippant, careless and I’m so sorry

She followed up, “Being a woman who takes down other women is absolutely not my thing and don’t think it’s yours, either (I obviously failed to effectively communicate that).” Hmm, is she implying Teigen is trying to take her down? This feels coded, but let’s continue. Roman wrapped up her apology-or-whatever-it-was with, “I hope we can meet one day, I think we’d probably get along.”

Being a woman who takes down other women is absolutely not my thing and don’t think it’s yours, either (I obviously failed to effectively communicate that). I hope we can meet one day, I think we’d probably get along.

Roman hasn’t yet seemed to issue an apology directly to Kondo.

Obviously, there’s a lot to unpack here. There isn’t anything wrong with women having differences of opinion, or wanted to pursue different business models. But there was no reason for Roman to conflate her choice with Teigen’s or Kondo’s. And the fact that she didn’t mention any lifestyle brand creators that look like her — Gwyneth Paltrow or Martha Stewart, for example — but focused on women of color is problematic.

She would have done better to, well, not marginalize other women in an attempt to prove her authenticity, for starters. But also, it probably would have helped if her first response had been to simply admit she had gotten caught up in an interview and said some seriously shitty things she had no business saying. (And speaking of saying shitty things, we’re still not over author Emily Giffin mom-shaming Meghan Markle. Let’s not make this successful-woman-shaming-another-successful-woman thing a trend, OK?)

Of course, we all mess up. What’s important is how we learn from our mistakes, taking those lessons with us as we move forward. And with two people who (despite Roman’s insinuation in the article) are a genuine as Teigen and Kondo, something tells us they’ll be the first in line to forgive the food writer.

Before you go, celebrate Teigen’s culinary skills with a visual tour of her IG feed.