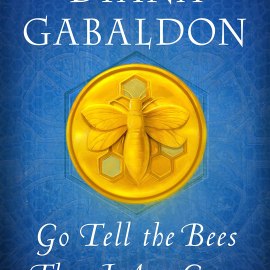 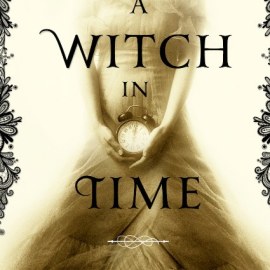 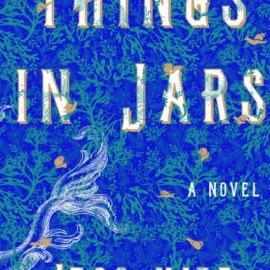 Okay, people. Buckle in. The Outlander Season 5 finale is two days away. And we are extremely nervous. Why? Because the cast seems scared. And Outlander book fans have been dropping a lot of stressful gifs on Twitter that involve people crying or drinking large amounts of wine. So…

Last week, in episode 11 of Outlander, the family enjoyed a gourmet meal of… peanut butter and jelly sandwiches! Claire can heal ya, and cook up some wicked penicillin, but don’t ask her to cook for you. Jamie agrees.

I believe he compared these sammies to eating boots. (Has he eaten a boot?) The episode ended on a highly stressful note, with Claire being taken, and Marsali (pregnant again!) being fully knocked out. And Jamie lighting the Fiery Cross. That man will not go to war for anything, but you touch his wife and he will light that fiery wicker faster than you can say, “James Alexander Malcolm McKenzie Fraser.”

He’s lighting it… for Claire. 😍 https://t.co/RVgyMzqtou

Here’s the promo Starz released for this episode. It looks brutal. Like Season-1-level brutal. Someone asked Sam Heughan in a Twitter Q&A, “On a scale of 1 to Wentworth, how bad is this episode?” And he did NOT answer. Sam. See me in my office.

Here’s what the cast and fans have had to say about the finale. Please note we are not giving you spoilers, we are giving you evidence and then you get to Sherlock the sh*t out of it and draw your own conclusions. Go on spoil yourself.

Last week, Sam Heughan said the finale was going to be tough.

Expect the unexpected. It’s gripping and a tough ep. Let’s hope the Frasers make it together…. https://t.co/GpnHFHeDDi

Twitter fan @TinyTunney wraps up her feelings about 2020 and the finale fear with this one tweet. @New_Sasha echoed her sentiment. I would personally like to make this Lauren Lyle video my ringtone.

That moment when @caitrionambalfe and @LlaurenLyle are the exact same mood about how 2020 is going so far 😬😂 #2020Memes pic.twitter.com/oLvdzyVf2O

I'm freaking out now!!! What do you mean together?! What the hell?! AAAAAHHHH!!! pic.twitter.com/Fu8bzKes9u

Can't wait but don't want it to end #Outlander pic.twitter.com/oVXi4dQggq

Heughan also said in a recent interview, “It’s a very, strong, finale, quite stylized and quite unsettling. I think people are going to be pretty shocked as well. If you’d read the books, you know what happens, but the way we’ve shot it is exciting.”

Here’s a photo of Claire and Bree hugging to help you. If you can watch a photo on repeat, this would be the one to watch. It’s Mother’s Day this Sunday, btw. The day of the finale. #ThanksOutlander! Our favorite mom is not going to have the best Mother’s Day.

Hi everyone it’s me Marina I am dead until further notice because episode 5×11 and the trailer for 5×12 of #Outlander broke me pic.twitter.com/YWddnVcv3Y

Earlier this year, at the 92nd St. Y Outlander panel, Caitriona Balfe said they took a big risk in episode 12. And Heughan said he and Balfe’s biggest impact as producers this season is the finale.

At the BAFTAs, Balfe said she spent her entire work day lying on the floor of the woods in the rain. And she also said although it was raining, the crew felt the rain was not intense enough so they put an additional rain machine on her. She was definitely talking about this episode. Poor Claire needs an umbrella ella ella. I know this is not the time for jokes. But Claire loves music (“Happy Birthday,” Jamie) and singing… in the rain. Someone get her a damn umbrella.

Roger’s portrayer, Ric Rankin, had this to say: “Have something or someone nearby you can hold.” Poor Claire is alone on a beach. Side note, if she ever wanted to release a solo album, this is an excellent cover album pic.

Marsali’s portrayer, Lauren Lyle, tells us the finale is “ridiculous!” And she also acknowledges how bad her character is at birth control. Marsali’s 24 babies are adorable.

Executive Producer Matthew B. Roberts said this about the finale: “In the world of Outlander, there’s always something traumatic on the way.” But then he said it also brings the Frasers closer together. I believe that is called the tiniest bit of hope, people. We’ll take it.

Please note, I said one thing last week: “Claire must be protected at all costs.” Who let me down?

17. I feel it ends on a hopeful note so I hope not too wrecked #AskCait https://t.co/K5cPIe9goY

And here is little Jemmy, soak in this cuteness, and remember it.

Does this mean what we think it means? 😱 #Outlander pic.twitter.com/QXgcu9OBp3

Cesar Domboy posted this to remind us of the happier times in Season 5, when the family picked weeds together. That never happened. There were locusts in those fields. But it’s as close to joy as Outlander allows so we will take it!

Continuing on the hope train, Heughan released this picture of his television family:

Balfe just gave herself a home pandemic haircut, but assures us: “Everything is fine.” Is it though?! (It probably is, unless she tried to give herself bangs, that never goes well, guys).

You guys. Don’t know what you’re all freaking out about. Everything is totally fine..!!!!! https://t.co/WKmzU7MX1k

In all seriousness, this is going to be a tough episode, and as Caitriona Balfe warned, could be “triggering for some.” She also linked to www.rainn.org as a resource for viewers.

…. It’s a challenging Ep that tackles some tough issues and it may be triggering for some so please if you need to talk to someone, know there are resources available. https://t.co/IEI2DXkqRJ in the US https://t.co/c3Jp2fl5JR in U.K. or find your local crisis center.

So yes. We are officially scared. But we also can’t wait to see what is sure to be a powerful episode. See you Sunday, 8pm EST on Starz. We’ll be watching with you. Crying with you.