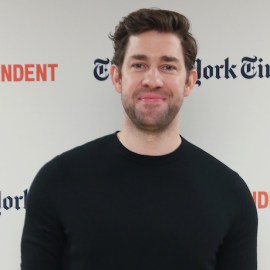 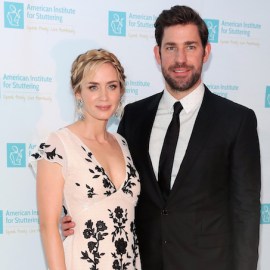 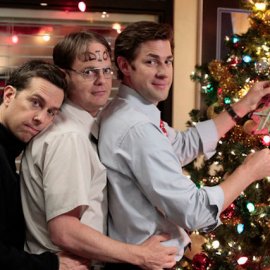 Things About John Krasinski You May Not Know 13 Images

Need another reason to tune into John Krasinski’s Some Good News show? You know, other than the fact that it fills you with warm and fuzzy hope for humanity? Well, there’s this — you might just catch Brad Pitt making a cameo as a weatherman. Yep, the 56-year-old Oscar winner popped up on Krasinski’s Sunday live stream for a blink-and-you’ll-miss-it moment of light comedic perfection. And if you’re familiar with Pitt’s history of weather segments, you’ll undoubtedly love the brief appearance even more.

Understandably, the majority of Krasinski’s episode on Sunday was devoted to the virtual prom he threw on Friday night for seniors across the country missing theirs due to the pandemic. But Krasinski also got a personalized message from the International Space Station during the broadcast that got him flustered with excitement. “I’m going to need a second to catch my breath,” he confessed from his at-home hosting space. “We should do a check on the weather. Brad, how’s it looking out there?”

Cut to Pitt, peeking out from a balcony at the sunny, palm-tree-lined visage of wherever he happened to be. “Looks, ahh, pretty good, yeah,” the Once Upon a Time in Hollywood star casually observed before sending it back over the Krasinski.

The cameo in and of itself would be fun for any Pitt fan. But if you’ve followed Pitt’s appearances on The Jim Jeffries Show over the years, the clever homage will amplify your love for Krasinski and Pitt.

Here’s the thing: When Pitt appears on The Jim Jeffries Show, he plays a depressing weatherman. He’s all doom and gloom. He admits he’s “so, so, so, so scared” of the melting ice caps. He even tells LeBron James that the weather is “changing at a pace not before seen in the history of man,” rendering the NBA great’s legacy “pointless” since “our people and our memories will all burn.” It’s hilarious cynical.

So, it’s a sweet and fitting gesture for Pitt to bring the exact opposite persona to the Some Good News Show — a live stream created by Krasinski to highlight positive news amid the ongoing coronavirus epidemic.

Now that you love John Krasinksi even more, check out a few things you didn’t know about the actor-producer.