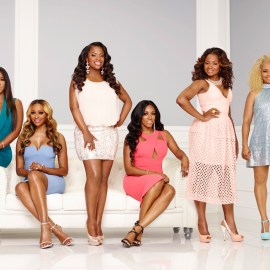 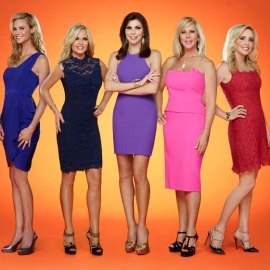 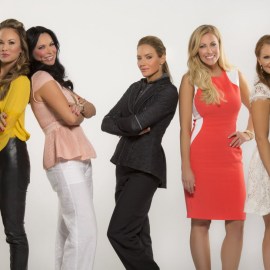 If you’re obsessed with all things 90 Day Fiancé you’ve undoubtedly been awaiting news of the next installment. Well, your time has almost come, my friend — a second season of the 90 Day Fiancé: The Other Way spinoff premieres June 3. And happily, you can get to know the cast now. Best to get a head start familiarizing yourself with the names and faces! Because let’s be honest, you’re going to be obsessing over them in a little over one month’s time.

So, pack your metaphorical bags — this new season of TLC’s popular franchise will once again take you around the world as six Americans uproot their lives to move abroad in the name of love. Not surprisingly, this isn’t exactly a seamless transition. There will be drama. The couples will endure everything from less-than-welcoming in-laws to extreme culture shock in the pursuit of their happily ever after. And, hey-oh, you’ll even get to follow along as a few of your favorites from the spinoff’s first season continue their journey.

Now that we’re sufficiently stoked about what’s to come, feast your eyes on the juicy Season 2 teaser trailer and learn more about the couples in it.

Romance knows no boundaries! Six Americans are giving up everything to start over in a new country..all in the name of love. The new season of #90DayFiance: The Other Way premieres Monday, June 8 at 9/8c.

That’s right; they’re back! Despite the fact that Sumit neglected to tell Jenny last season that he was in an arranged marriage, she’s willing to give this thing one more shot. Since she moved back to Palm Springs, California, after discovering Sumit’s deceit, Jenny will have to uproot her life again to move back to India. And although Sumit has vowed not to lie again, the sneak peek of season 2 makes it clear the couple still might not be on the same page.

The couple that is arguably The Other Way’s biggest success story is returning for season 2. Although, to be clear, this couple still has a lot to figure out. After a surprise pregnancy led to Jihoon, 29, proposing to Deavan, 23, she left her home in Salt Lake City, Utah, to join Jihoo in South Korea. But when it quickly became clear Jihoon wasn’t prepared for their life together, she bailed and returned to single mother life in Utah.

However, the now-married pair has decided that Deavan, her mom, and her two kids (she has a daughter from a previous relationship) will move back to South Korea to — hopefully — get back on track.

Not gonna lie; this may be the couple we’re most interested in following. From Palm Beach, Florida, Brittany is an independent, outspoken woman… who happened to fall fast and hard for a Muslim man from Jordan named Yazan. The two were introduced via video chat by his sister, and it was essentially love-at-first-teleconferenced-sight. Now, she’s moving to Jordan so they can officially start their lives together. The hitch(es)? She isn’t religious; he’s devout. She’s provocative; his family is conservative. They can’t move in together until they’re married; she’s holding onto a secret that could prevent her from doing so.

Oh yeah, this is going to get interesting.

Say hello to the 90 Day Fiancé franchise’s first gay male couple! After meeting through a gay father support group, 57-year-old Kenneth from St. Petersburg, Florida, and 31-year-old Armando from Mexico fell in love. Despite their 26-year-age gap and geographical distance, the two quickly realized there is a connection that can’t be ignored. Accordingly, Kenneth has opted to move to Mexico to be with Armando and his daughter. There could be big trouble in paradise, though — not only is Armando’s family not accepting of his sexuality, they don’t even know about Kenneth yet.

Following a recent divorce, Ariela jetted away from Princeton, New Jersey, to have her Eat, Pray, Love moment on a trip around the world. As fate would have it, she found the love part faster than she expected when she met Biniyam in Ethiopia. As such, she stuck around for a few months as the couple fell deeper in love and, surprise, found out they were expecting.

Although Ariela returned to America, she has since chosen to return to Ethiopia so Biniyam can be there for the beginning of their child’s life. But will her concern about the living conditions and healthcare system in Biniyam’s home overtax their relationship? We’ll see.

This couple could be doomed already, but we’re hoping they prove us wrong. The trouble lies in the fact that Dallas, Texas-based Tim has already done something to lost Melyza’s trust. The two began dating after they hit it off at a bar in his hometown and continued their love long-distance when her au pair job ended and she returned to Colombia. The original plan was for her to move to the U.S. — a plan which got derailed after Tim did whatever he did to lose her trust. Now, to make it up to her and save their love, he’s moving to Colombia. Spoiler alert? Melyza’s mother is not a fan.

Before you go, learn more about the five personality types of every reality TV show.