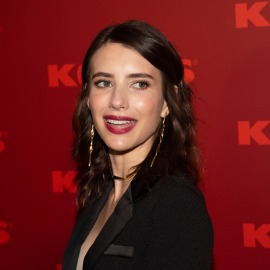 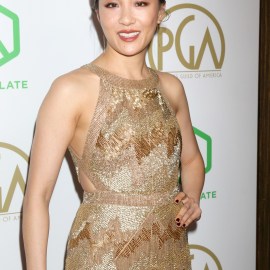 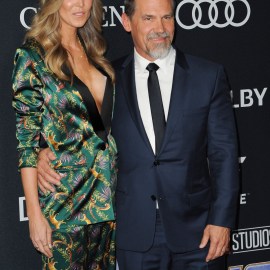 Thanks to Easter Sunday, social media feeds are currently chock-full of happy family Easter portraits. And because she always keeps it real, Gabrielle Union shared her Easter photos with daughter Kaavia James — despite the fact that the toddler is decidedly not happy in the comically bad photo fails. The relatable reason? Union took her phone away from the little girl.

Taking to Instagram on Sunday, Union revealed the resultant portraits along with a few behind-the-scenes videos. “Happy Easter!” she wrote, adding a string of laugh-til-you-cry emojis. “Keepin it 100. @kaaviajames is not happy we cut her off from electronics. She’s downright irate at this toddler injustice. Irate I say. Trying to enjoy it all. Union goes on to reveal a bit more insight into the backstory, saying, “The 1st video cuts me off right where Kaav is ready to fight me on the street to get her hands on a phone.” When stylist Thomas Christos Kikis mentioned he misses baby Kaavia’s phone tantrums, Union revealed that her daughter’s tantrums are a whole mood lately. “Her phone tantrums have taken on new life,” Union confessed. “A close second to her ‘I want food now!’ tantrums.”

Our favorite part, though? As Kaavia James continues to rebel during the second video, Union deadpans of the Easter holiday, “He is risen. He did not come back for this.”

Happy Easter! 🤣🤣🤣🤣🤣🤣🤣🤣 Keepin it 💯 @kaaviajames is not happy we cut her off from electronics. She's downright irate at this toddler injustice. Irate I say. Trying to enjoy it all 🥴🥴🥴🥴 BTW… the 1st video cuts off right where Kaav is ready to fight me in the street to get her hands on a phone.

Union isn’t the only one on the receiving end of Kaavia James’ toddler demands, though. For National Siblings Day, Union shared a video of her daughter “styling” the hair of Union’s sister, Tracy Union. As Kaavia stands on the couch behind Tracy, she not-so-delicately plays in her aunt’s hair while she watches a cartoon. “When you’ve got the nerve to be tender-headed when your hairstylist is doing your hair and simultaneously watching her favorite show,” Union joked of her sister’s wincing.

Hey, they don’t call Kaavia “Shady Baby” for nothing. Kudos to Union for embracing the toddler tantrum years. As any parent can attest, you’ve gotta laugh to keep from crying sometimes!

Before you go, click here to see other celebrity babies that were born in 2020.