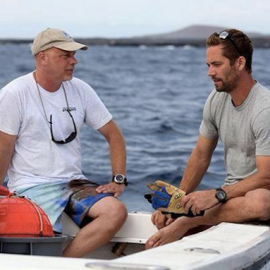 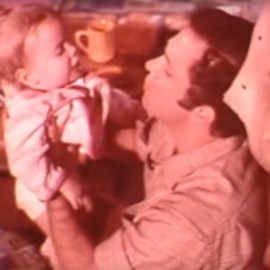 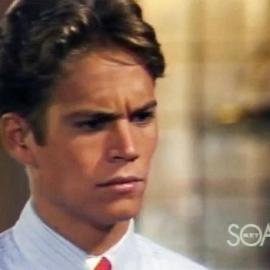 Need a smile this morning? Look no further than the previously unseen video Paul Walker’s daughter Meadow posted on Tuesday night. While the 21-year-old has frequently reflected on her late dad over the years, this never-before-seen clip gives a rare candid glimpse into the father-daughter duo’s playful bond. And the fact that it is filled with Paul’s laughter makes it all the more heartwarming to watch.

The behind-the-scenes moment, which Meadow shared on her Instagram account, took place on one of Paul’s birthdays. In it, he can be seen opening the door to his room when a young Meadow shouts, “Hi!” Not expecting the greeting, Paul jumps back and falls onto the bed in a fit of laughter. She wishes him a happy birthday as he attempts to regain his composure. “What the hell? You just scared the hell out of me,” he tells her, still laughing. He then grabs her for a big hug, saying, “What are you doing? No way. No way!”

It’s the kind of moment that simultaneously manages to put both a smile on your face and a tear in your eye. And as Meadow admits, it’s a video she didn’t expect to ever make public. “I never thought I’d share this,” she wrote. “But it felt right. Be good. I love you. Stay safe.”

I never thought I’d share this. But it felt right. Be good. I love you. Stay safe. xx

It’s hard to believe that it’s been nearly seven years since Paul tragically passed away. On Nov. 30, 2013, he and friend Roger Rodas were out for a ride in a Porche Carrera GT in the Santa Clarita, California, area when it crashed. Both men were pronounced dead at the scene — Paul was only 40 at the time, and the crash occurred just weeks after Meadow’s 15th birthday.

To this day, Meadow continues to keep his memory alive in more ways than one. She’s developed a sweet relationship with her late dad’s loyal fan base, sharing with them memories like this one. Or her recent birthday tribute back in September, when she posted a throwback snapshot of the two of them. And the super-sweet nostalgic baby photo of herself she unveiled in March that shows proud papa Paul kissing his toddler’s cheek.

But Meadow also honors his legacy through the Paul Walker Foundation, formed to “serve as an enduring light of Paul’s unique spirit, far-reaching goals, and spontaneous goodwill.” Currently, she is working with the foundation on raising funds for the Los Angeles Regional Food Bank to provide meals to families affected by the novel coronavirus pandemic.

Before you go, discover 13 facts about Paul Walker you probably didn’t know.