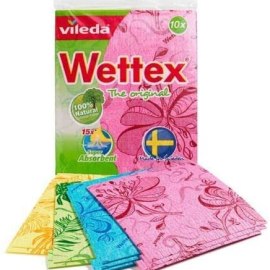 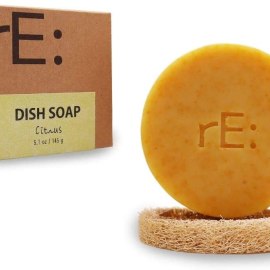 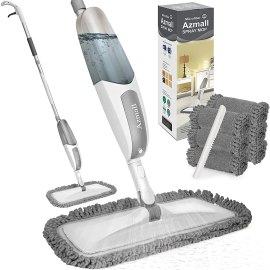 Many of us try to be more environmentally conscious but struggle to know exactly how, unlearning a lifetime of single-use plastic and other bad habits. But what if you never learned those habits to begin with? Actress and environmental activist Rosario Dawson grew up squatting in an abandoned NYC apartment, and says she learned sustainability practices there that have served her whole life. There were no spare resources for Dawson’s family, so they had to stretch what they could find in imaginative ways — and Dawson’s kept that mentality with her all her life.

Dawson spoke to ELLE for their conservation issue, opening up about what that childhood in an abandoned tenement in the East Village was really like. “I knew about Sheetrock and reusing nails,” Dawson said. “It was often about necessity, but even then, it made sense—if it’s not broken, we can use it, and if it is, we can fix it.”

When it comes to the climate crisis, we all have a role to play. Just ask these entertainers-turned-activists, who are harnessing their platforms and projects to take action. @rosariodawson shares how growing up in a family of squatters inspires her work today. @madelame tells us how she makes going vegan easy. And @grimes wants a better planet for her child. Link in bio to read their stories.⁣ ⁣ ELLE April 2020:⁣ Editor-in-Chief: @ninagarcia⁣ Starring: @grimes, @rosariodawson, @madelame⁣ Written by: @carina_chocano, @marincogan, @hella_drella⁣ Photographer: @alexilubomirski⁣ Stylist: @ariannephillips⁣ Hair: @1.800.chanel, @makikonara, @marcmena⁣ Makeup: @natashaseverino_makeup, @ermahnospina, Elie Maalouf⁣ Nails: @ajax_jachno⁣ Set design: Jack Flanagan, @thewallgroup⁣ Production: Nathalie Akiya, @kranky_produktions

The actress didn’t just learn from necessity; her parents taught by example too. Dawson’s mother was an activist and instilled the same desire to fight for her beliefs in her daughter “.My very first campaign was to save trees when I was 10 years old,” Dawson revealed. “I made a bunch of posters because I wasn’t thinking about it so clearly.”

Today, Dawson does what she can to keep her choices sustainable. She eats a mostly plant-based diet, held off on buying a car and chose an eco-friendly option when she did, and she’s planning on creating the furniture for her new East Coast home out of the surrounding trees, which need to be chopped down due to weather damage.

But Dawson is adamant that she’s not suggesting that the future of the planet is in the hands of individuals — or that any one of us should be treated as the root of the problem. “We have to put pressure on companies and the government,” Dawson added. “Because sweeping change is necessary.”

Trying to boost your sustainability game? Swapping in these eco-friendly kitchen products is a great place to start.