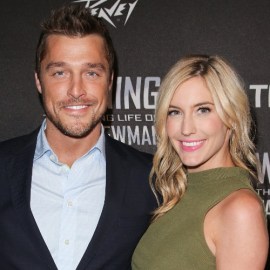 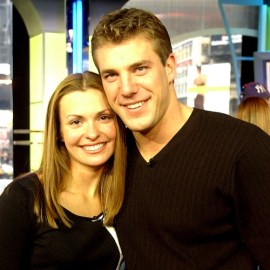 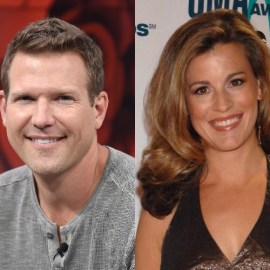 It’s been a whirlwind few weeks since Peter Weber’s season of The Bachelor ended and the real winner emerged: endearing fiancée-turned-jilted-runner-up Hannah Ann Sluss. And while some fans were shocked Clare Crawley got tapped to hand out roses next, Sluss didn’t want to be the Bachelorette — in fact, the 23-year-old says she would have turned host Chris Harrison down if he’d asked her to take the helm.

Before the dust even started to settle on Weber’s season, ABC had announced that throwback contestant Crawley would be returning for another shot at love. Many fans felt as though Sluss was the more obvious pick, seeing as she had just been very publicly dumped by Weber. Plus, she’d pretty much won everyone over by handling the entire situation with so much grace. But as Sluss tells it, the timing just wouldn’t have been right.

“I am not ready for that,” the Tennessee native admitted during the Wednesday, March 25, episode of Nick Viall’s Viall Files podcast. “I’ve moved on but also, it’s different. Right now, dating, no one knows about it, it’s private. But to be dating publicly again… that’s a huge responsibility. If I were to ever do that, I’d want to be just so emotionally and mentally strong, to where I could take that on. Putting myself in Peter’s shoes, that was a big responsibility.”

Understandably, Sluss still has a lot to process from her first go-round on the franchise. Sure, she’s quote-unquote over Weber. That doesn’t mean she isn’t carrying around a little extra emotional baggage from their relationship, though. “I just got engaged, you know, I was very — in my mind and heart, I was already thinking in the future for us. So it’s, like, losing the person I thought he was and losing the future thought I had. That takes time to get back on your feet. Which I have. I wanna date just one right person now,” she elaborated.

Of course, every good Bachelor Nation fan knows that Sluss’s desire to be more monogamous doesn’t rule out the entire franchise. Whereas The Bachelor and Bachelorette are like a polyamorous version of speed dating, Bachelor in Paradise tends to foster connections through quality time between individual couples. After all, they’re basically marooned on a secluded beach in Mexico with no form of entertainment other than each other.

Forgiveness Moves You Forward – When we are hurting, it’s easy to believe the lie that holding resentment is our only and best option. Forgiveness is a choice, and most often times, a daily choice. For me, asking God to help me forgive has freed me to be present, vulnerable, and to trust again. Whatever you’re facing, I encourage you to trust God, ask Him to help you forgive and to find purpose in the midst of your circumstance 🤍 #day7

So, it’s not altogether surprising that Sluss told Viall she wouldn’t “close the door” if Harrison came knocking about that spin-off. “I’ll see closer to the time,” she told Viall, adding, “I want to make sure I’m ready.”

And given she hinted to Ellen DeGeneres two weeks ago that “there might be a bikini waiting” for her in Paradise, we’re going to take this as a good sign that Sluss could be gracing our Bachelor Nation screens again very soon (TK, with any luck).

Before you go, check out some of the quickest Bachelor Nation breakups.