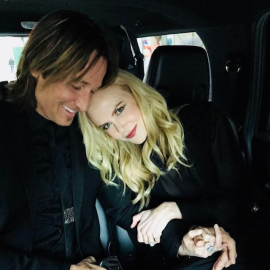 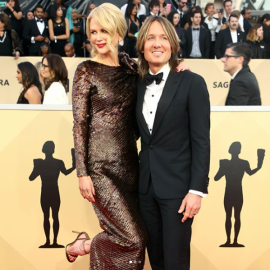 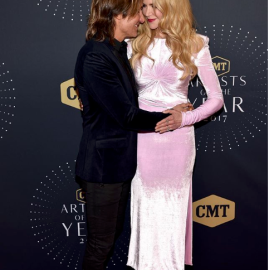 Well, it’s officially official — Nicole Kidman is husband Keith Urban’s biggest fan, and watching her fangirl out during his second free quarantine live-stream concert is all the proof we need. As fans are stuck at home practicing social distancing, the husband-and-wife duo is finding more ways to connect with their online community. And in the process, they’re giving us all the warm and fuzzies over their super-sweet relationship.

In a video shared on her Instagram Stories on Tuesday, Kidman alluded to Urban’s first live-stream concert held Mar. 17. “Everyone seemed to love the home gig last Monday, so we’re back again,” she said, adding, “I mean not me, I’m just here — roadie, fan, audience.” But Urban, who was idly strumming his guitar behind her, quickly chimed in, “Couldn’t do it without you, babe.” And this week, that especially proved true since Kidman played a special role.

As she entered the picture in the first few moments of the live-stream jam session, Urban smiled at her, saying, “Hi, baby girl” (swoon). He then explained, “Nic is floating around here too, of course, to do some guitar changes today since I don’t have a tech.” Kidman flitted in and out of the frame, telling Urban, “I’m trying to make this work for you.” As the second “Urban Underground” concert got underway, she danced barefoot and full of joy as her husband sang. Groupie goals!

While last week’s inaugural live-stream concert took place in the warehouse of their Nashville home, this week’s intimate show was held in their in-house studio. So, it makes sense Kidman would feel perfectly, well, at home.

Despite all of the concerns about the coronavirus pandemic, it’s hard not to smile watching this duo give back to fans during such a trying time. Before kicking off the performance, they tugged on our heartstrings even more by dedicating this week’s jam session to healthcare workers and first responders.

As if all of that wasn’t enough, Kidman dancing barefoot in her all-black ensemble gave us some serious Practical Magic vibes (remember the pool scene with Goran Visnjic?). And that’s to say nothing of the incredible music Urban delivered in is 30-minute-long mini-concert. So, please excuse us while we re-watch and continue fangirling over this kind and oh-so-cute couple.

Before you go, read some of Nicole Kidman and Keith Urban’s adorable quotes about their family.