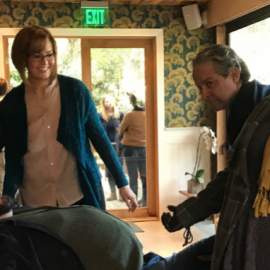 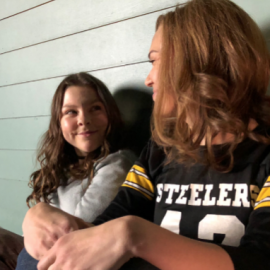 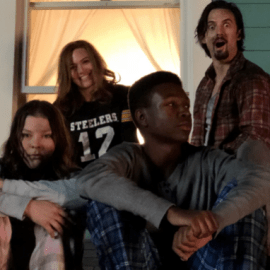 We’re not ready! But ready or not, the This Is Us season four finale is on its way — and star Chrissy Metz is basically warning fans that, in true This Is Us fashion, it’s going to make us feel things. Hard. The actress admits she had a powerful reaction after reading the script for the upcoming final episode, titled “Strangers: Part Two.” So, it’s safe to say we’re all going to need a bottle of wine and at least one box of Kleenex to get through what’s to come.

Speaking to People, Metz explained that show creator/showrunner Dan Fogelman wrote the finale. And c’mon, you know how Fogelman rolls! He has a special knack for making everyone ugly cry. Which, TBH, sounds like Metz’s exact reaction to reading the finale script. “So Dan sent it to us, I texted him immediately, and there were some redacted scenes that were secret scenes,” she revealed. “I was like, ‘Wait. What’s going on?’ He sent me the redacted scenes, and I was like, ‘Oh!’ I mean, I was a mess.” She continued, “There’s a lot to unpack. It’s going to be a doozy of a finale.”

Scenes so secret they had to be redacted? Metz being reduced to a mess?! Oh yeah, this is going to hurt. Since we’re apparently masochists, we keep re-watching the finale promo and fearing the full impact of Metz’s words.

The promo, which aired following last night’s penultimate episode, makes it abundantly clear that the feud between brothers Randall (Sterling K. Brown) and Kevin (Justin Hartley) is going to get worse before it gets better… if it gets better. Also, Metz’s character Kate and her husband Toby (Chris Sullivan) look thoroughly shaken in one scene of the clip. That’s can’t be good. Then there’s some sort of medical crisis involving grown-up-baby-Jack’s-beloved-Lucy.

Yep, it’s going to be an emotional rollercoaster. Making matters even more emotionally unnerving, Milo Ventimiglia (aka papa Jack Pearson) recently dropped his own hints about how much the This Is Us season four finale is going to affect viewers. “I don’t know if there’s a word so much as just get ready. Just get ready,” he told People. “It’s heavy, it’s beautiful and it’s really incredible.”

Before you go, check out 23 behind-the-scenes photos of the This Is Us cast.